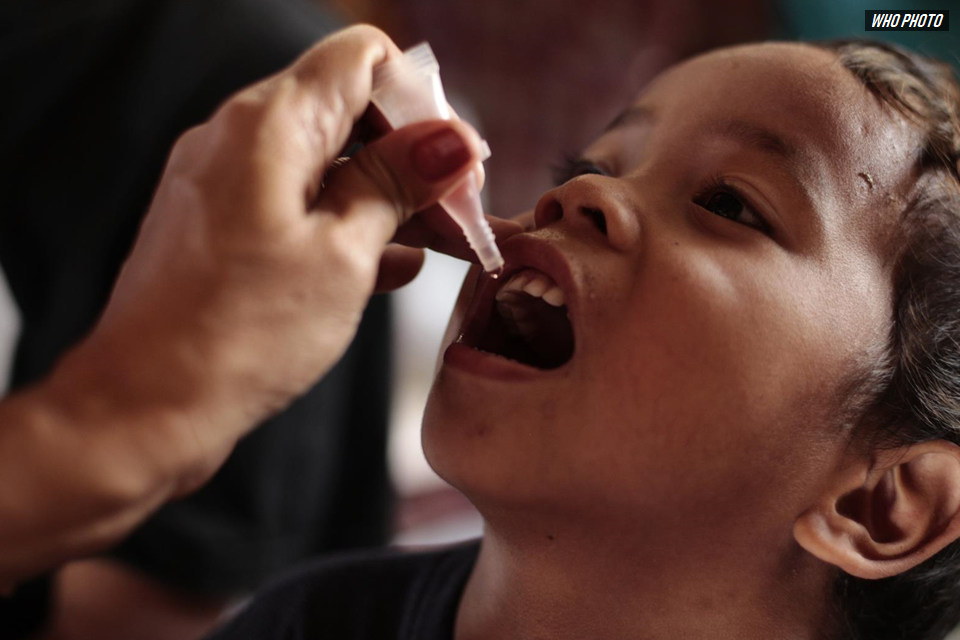 The Bohol Provincial Health Office (PHO) is still awaiting its allocation of the polio vaccine supply from Department of Health (DOH) which will be distributed to villages nationwide after the dreaded disease reemerged in the country after 19 years.

According to PHO chief Dr. Reymoses Cabagnot, the supply will be transported to Bohol and local health authorities will administer the oral polio vaccine which will be allocated to the various towns of the province.

The province’s top health officer noted that free polio vaccination in barangays was previously discontinued as the entire country has been considered free of the disease for 19 years.

Cabagnot who has been with PHO since 1992 said that there has been no polio case recorded in Bohol for over two decades.

According to the World Health Organization (WHO), there is no cure for polio. It can only be prevented by immunization.

Initial symptoms of polio include fever, fatigue, headache, vomiting, stiffness in the neck, and pain in the limbs. In a small proportion of cases, the disease causes paralysis, which is often permanent, the WHO said.

He also noted the importance of good personal hygiene to help prevent the spread of the disease.

Meanwhile, Third District Rep. Alexie Tutor called on the media and the Philippine Information Agency, the government’s information arm, to spread to the public the importance of immunization amid falling vaccination rates caused by low “trust” and “confidence” in the DOH.

Tutor said that the worsening of the “vaccination problem” should be prevented to stop the resurgence of polio and other illnesses.

There have been two reported cases of polio—a three-year-old-girl from Lanao del Sur and a five-year-old boy from Laguna.

The WHO said that both cases were caused by the vaccine-derived poliovirus type 2.