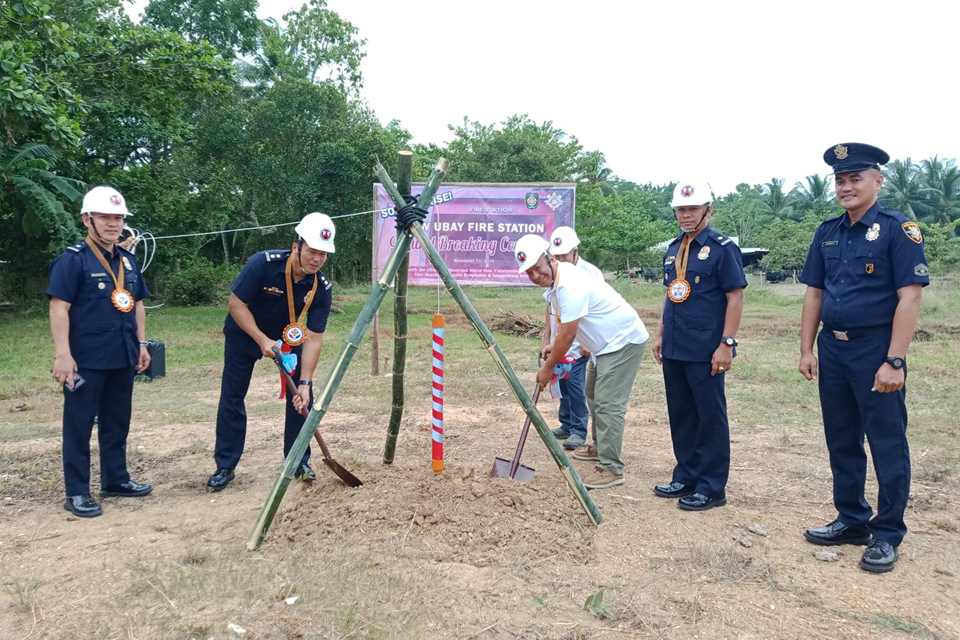 The Bureau of Fire Protection (BFP) on Monday broke ground for a fire station in Ubay that would soon cut down the number of towns in Bohol without a fire station to at most five.

According to Bustaliño, construction of the P7.4 million facility is expected to start in January next year.

The two-story structure will be erected in a 1,000-square meter lot donated by the local government unit across the Ubay Airport in Barangay Camambugan.

Meanwhile, the LGU also donated a new P2.2 million Isuzu firetruck with a 6,000-water capacity to the BFP.

“The local government of Ubay ever since has been very supportive to the mandate of the BFP that’s why as a gesture of their support, they turned over a fire truck for the additional fire suppression team of Ubay,” he said.

Mendaros, for his part, said that they are already eyeing the construction of a second fire station for Ubay considering the size of the first class municipality, whose firefighting team is under the supervision of Senior Fire Officer 2 Joseph Jasmin, BFP-Ubay chief.

Including Ubay, only seven of Bohol’s 47 municipalities do not have their own fire stations but the number is expected to be lowered soon. Construction of the Dauis Fire Station meanwhile is ongoing.

Cortes, Garcia Hernandez and Alicia are already scheduled to break ground for their respective fire stations in the next weeks. (R. Tutas)