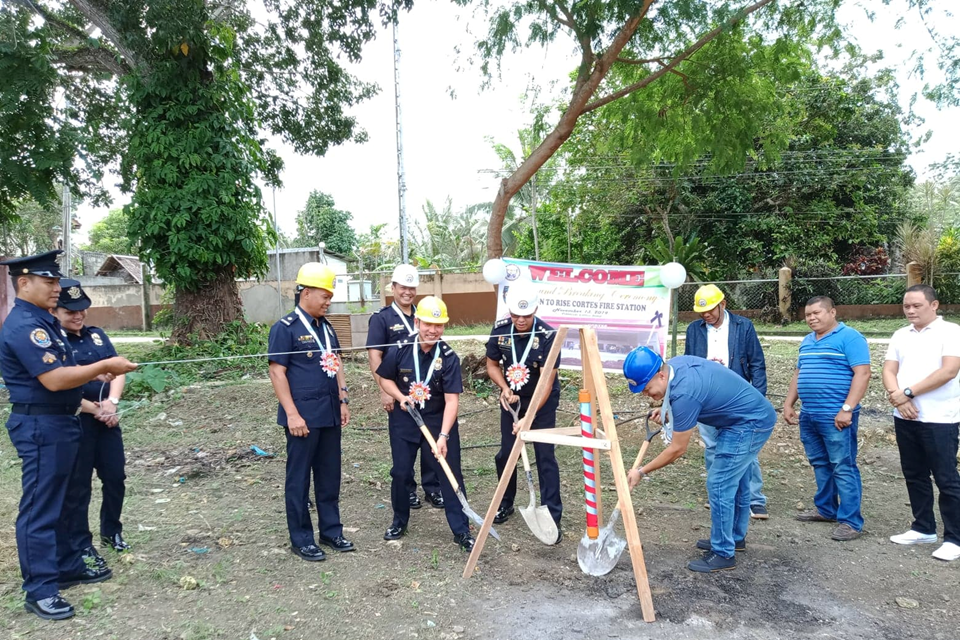 The Bureau of Fire Protection (BFP) has moved a step closer to realizing its goal of establishing at least one fire station in every municipality, at least in Bohol, after the groundbreaking of the Cortes Fire Station.

According to Dolot, they expect construction of the station at an LGU-donated, 400-square meter lot at the back of the Cortes Police Station and near the town’s public market to start in January.

“Hopefully yung SARO (Special Allotment Release Order) ibaba ng first week of January that will be the time that the contract will be awarded to the winning bidder but as of now, nakapag-early bid na tayo, short of the award,” he said.

Lim, in turn, thanked the BFP for setting in motion the station’s construction despite delays in the project’s implementation.

The mayor pointed out an upside in the project’s postponement, noting that the initial budget for fire stations back in 2016 was only at around P3 million.

“Supposed to be mangyari to during my first term pero nagkaroon siguro ng konting problema so parang na-skip ang Cortes, but it’s worth waiting because the budget then was only P3 million plus, and the current budget for the BFP now is P7.4 million,” Lim said who is on his second term after being reelected in the May 2019 polls.

Including Cortes, only seven towns in the province are without fire stations.

The number is seen to be cut down in the following year as Ubay on Monday broke ground for its fire station and Panglao is scheduled to hold groundbreaking ceremonies on Friday. Construction of the Dauis Fire Station meanwhile is ongoing.

“It’s the commitment of the BFP to establish at least one fire station in every municipality,” said Dolot. (R.Tutas)

The San Miguel local government unit (LGU) activated its temporary fire station on Monday, after depending on other municipalities’ firefighters…