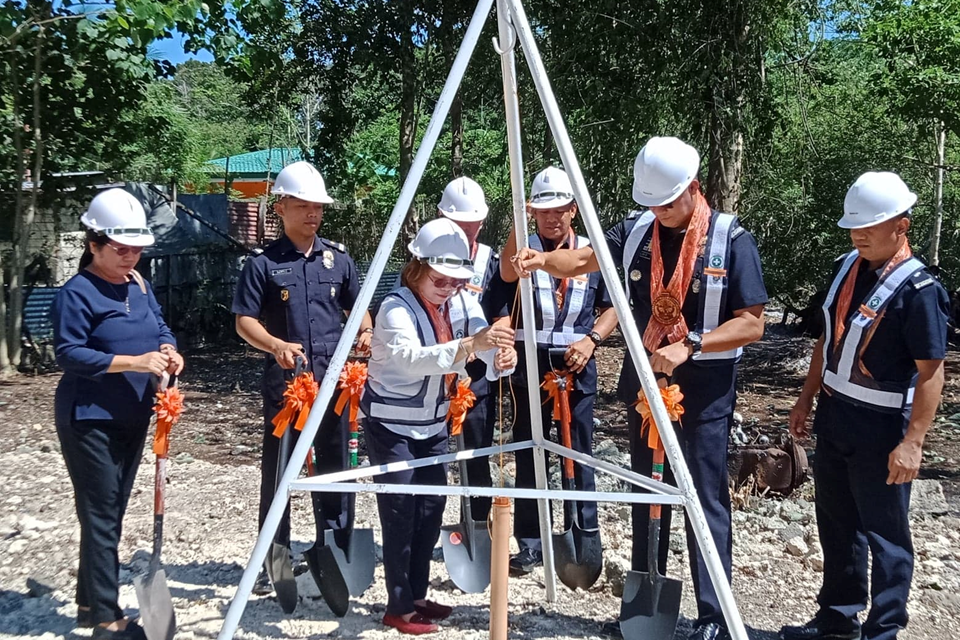 The Bureau of Fire Protection (BFP) on Friday morning broke ground for the P19.4-million Panglao Fire Station which is poised to become the largest municipal fire station in the entire Visayas.

Senior Supt. Gilbert Dolot, BFP 7 director, and Panglao Mayor Leonila Montero led the laying down of a time capsule to mark the facility’s groundbreaking in Barangay Poblacion. It was the third groundbreaking ceremony for a fire station held this week after Cortes and Ubay.

Bohol acting fire marshal Chief Inspector Raul Bustaliño, who has been pushing for the establishment of a modern fire station in each of Bohol’s 47 towns, said that the facility in Panglao will have total area of 800 square meters.

The two-story building will be erected at a 973-sqm lot donated by the Panglao local government unit located near the town’s existing fire station.

According to Bustaliño, the budget for the Panglao Fire Station is the largest so far for a Visayas municipality, noting that the P19.4-million allocation is intended for city fire stations as standard town fire stations are only earmarked P7.4 million.

Dolot, in a speech, said that the fire station’s establishment is meant to complement the rapid economic development of Panglao which is spurred by the resort town’s booming tourism industry.

“Panglao is a developing municipality. And I’ve seen the development na napakalaki, napakabilis so I gave a commitment that we will try to catch up through the upgrading of our services,” said Dolot. He also thanked the Panglao local government unit led by Montero for donating the lot, saying that the BFP has not been accorded the same “generosity” in other localities compared with Bohol in terms of obtaining spaces for their facilities.

“In other places, we do not have such generosity that is why today I will say that Panglao and Bohol in general are blessed with the characteristic of being generous,” said Dolot who has been in Bohol since Wednesday for the groundbreaking of the Cortes Fire Station.

According to Bustaliño, the facility in Panglao can accommodate four fire trucks and one ambulance. It will be manned by 48 firefighters and other staff members.

For her part, Montero said that the establishment of the station is a “milestone” for the municipality, recalling that firefighters of the town were once stationed at the Panglao Women’s Center while their firetruck was merely parked at the side of the street.

“Even with the growing or mushrooming of establishments in the municipality nowadays, this facility will surely answer the safety of the lives and properties of our residents and as well as tourists,” she said. (RT)

NOTE: THIS STORY WAS FIRST PUBLISHED IN THE BOHOL CHRONICLE’S SUNDAY PRINT EDITION. The House of Representatives is set to…

Passenger traffic at ports in Bohol has been increasing since the provincial government eased its entry protocols starting in March,…

DTI to impose ban on installment-only purchase schemes in Bohol