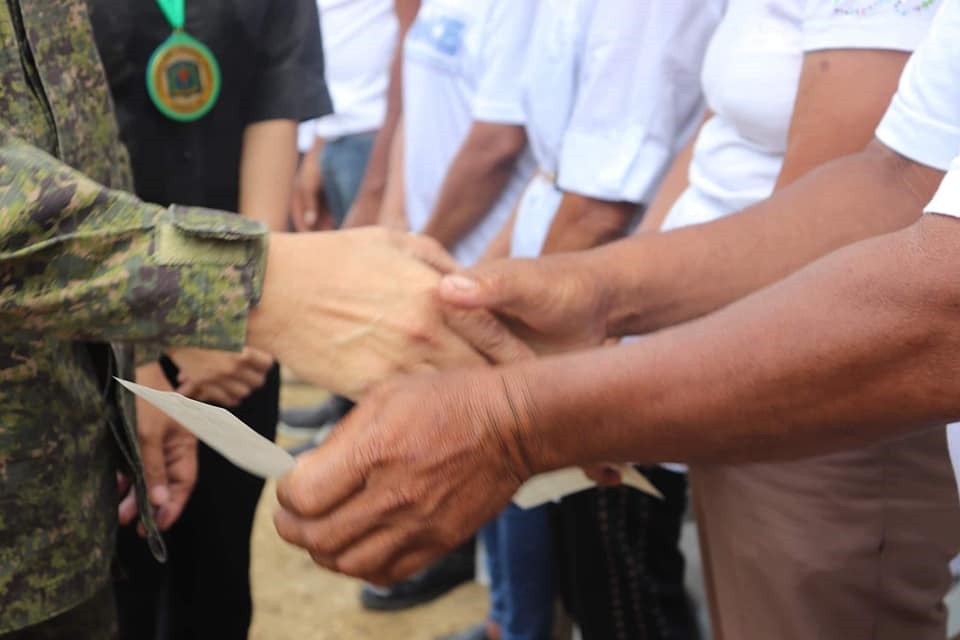 Twenty five former rebels of the New People’s Army (NPA) in Bohol were given cash assistance amounting to a total of P975,000 by the national government, the Philippine Army said Tuesday.

Army chief Lt. Gen. Macairog Alberto led the turnover of the financial aid to the former rebels, who are now considered KRs or “Kauban sa Reporma,” at the newly established Philippine Army Jungle Base in Barangay Rizal, Batuan on Monday.

According to 1st Lieutenant Elma Grace Remonde, Civil Military Officer (CMO) of the 47th Infantry Battalion (IB), P65,000 were handed over to each of the former armed rebels while P15,000 were given to each former Militia ng Bayan (MB) members.

The beneficiaries of the initiative dubbed Enhanced-Comprehensive Local Integration Program were from Alicia, Balilihan, Carmen and Danao.

Remonde said that more former rebels are set to be extended the same financial assistance once processing of documents by the DILG through the National Task Force to End Local Communist Armed Conflict are completed.

The Bohol-based 47th IB, in a statement, has called on rebels to surrender vowing that they will be “welcomed” by the government.

“Christmas is coming too soon. Is it not good to celebrate Christmas with your families without hiding?” it said in a Facebook post.

Several unidentified armed have been spotted in various hinterlands in Bohol in recent years and two minor, casualty-free clashes between state forces and suspected guerrillas have erupted in 2018 and 2019 but authorities have yet to determine if they were indeed NPA rebels.

The province has been deemed insurgency free for almost a decade. (R. Tutas)