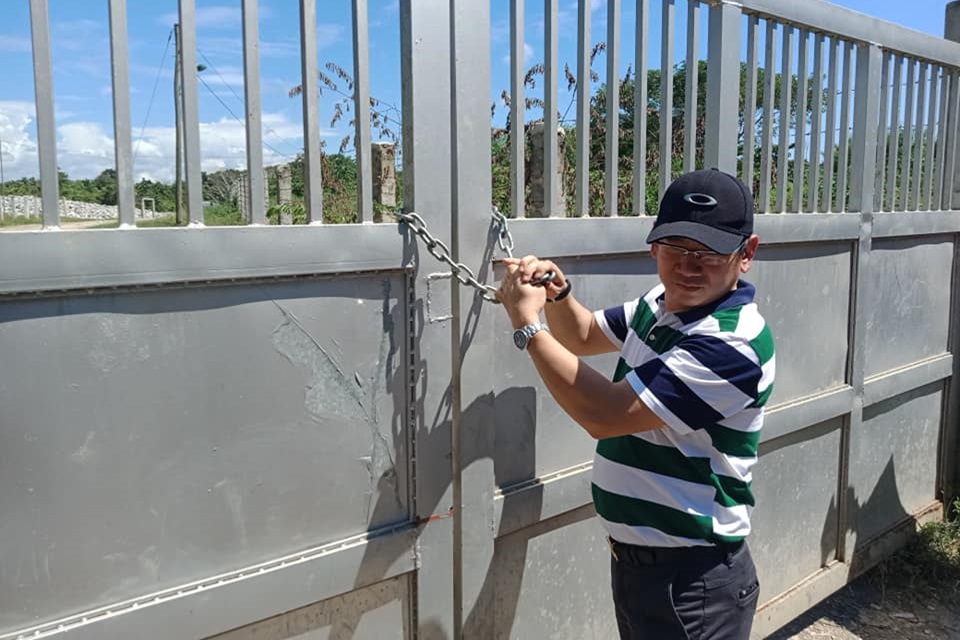 The Department of Environment and Natural Resources (DENR) issued a cease-and-desist order against Tagbilaran City for operating an open dumpsite, which is strictly prohibited under Republic Act (RA) 9003 or the Ecological Solid Waste Management Act of 2000.

A team from the DENR led by Undersecretary Benny Antiporda served the order on city officials and shut down the operations of the facility in Barangay Dampas on Wednesday morning.

Antiporda who flew direct from Manila padlocked the main gate of the dumpsite which caters to the 15 barangays of the city, home to over 100,000 residents.

“I don’t think this is a transfer station as of the moment…It remains an open dump until now,” said Antiporda.

The DENR official, who is the undersecretary for solid waste management, also lamented the poor condition of the facility which may pose as environmental and health hazards particularly with the site’s leachates.

Leachate is the liquid produced in a dumpsite from the decomposition of wastes. According to Antiporda, the site can reopen in “one to two days” and operate as a materials recovery facility (MRF) or a transfer station.

However, the city government should first explain the current situation of the site and make an assurance that it will comply with environmental regulations.

For the meantime, “segregation at source” may be implemented for residual wastes of Tagbilaran City residents to be accepted at the Albur Sanitary Landfill in Alburquerque town which strictly observes a no-segregation, no-entry policy. (A. Doydora)