Jagna councilor files complaints vs colleague who ‘punched,’ ‘berated’ him 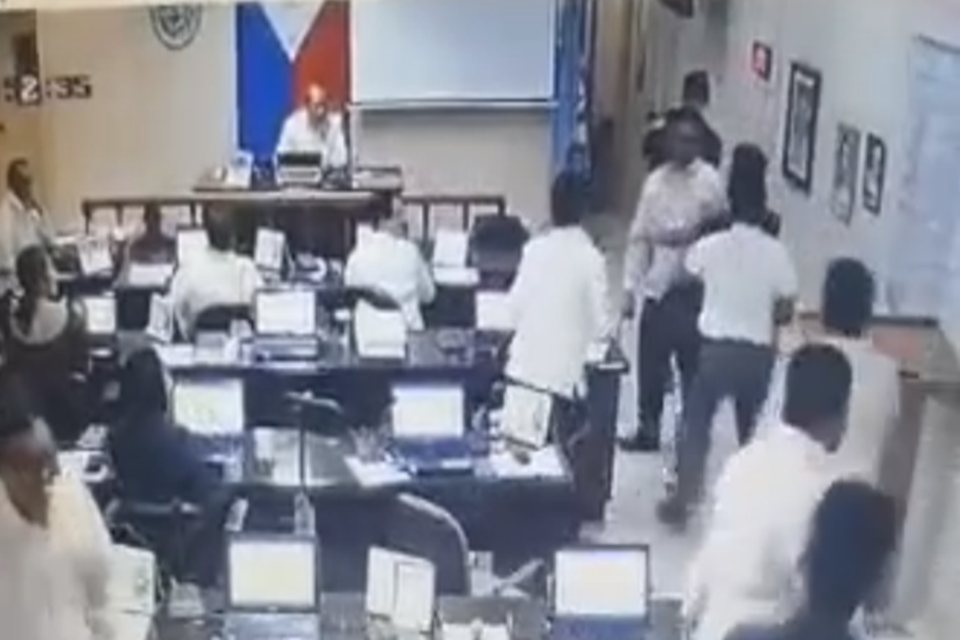 Jagna councilor files complaints vs colleague who ‘punched,’ ‘berated’ him

A municipal councilor who lost his temper and physically and verbally assaulted his fellow councilor is now facing criminal and administrative complaints before the Office of the Ombudsman – Visayas.

Jagna Municipal Councilor Anthony R. Aniscal who was allegedly punched, berated and threatened by Councilor Arnold D. Pielago filed his complaints a month after the incident that almost disrupted the regular session on October 1. 2019.

In a one-page notarized affidavit-complaint signed by Aniscal on November 15, 2019, the second-term councilor narrated that before the start of their regular session on October 1, 2019, as he was proceeding towards his table, Pielago approached him and without provocation “punched me several times.”

Despite the intervention of four councilors present, Pielago continued “berating and kept on pointing fingers to me and yelled derogatory words” challenging him to a gun duel.

The session was called to order by Vice Mayor and Sangguniang Bayan (SB) Presiding Officer Theodore R. Abrenilla under the watchful eyes of the officers of the Jagna Police Station, according to the affidavit of Aniscal.

Jagna Mayor Joseph “JR” Rañola’s name was dragged into the commotion after Pielago allegedly shouted at Aniscal saying: “Don’t blame me for the failures of your mayor, I will break your head if you still attend our sessions now.”

The Chronicle learned that the disturbance at the session was an offshoot of meetings regarding the smooth celebration of Jagna’s town fiesta involving the route of vehicles and the relocation of vendors.

The apparent misunderstanding during the meetings to thresh out kinks during the town fiesta tipped over social media which provided the spark to the punching and shouting confrontation that occurred inside the session hall.

Jagna, classified as a third-class municipality is composed of thirty-three barangays and a population of 33,892 and celebrates its town fiesta on September 29 in honor of Saint Michael.

Minutes of the regular session of the Jagna Sangguniang Bayan on October 14, 2019 revealed that Pielago “admitted being a normal person who could always be affected by any insinuations.”

The minutes further added that “He (Pielago) could not have hit someone without any cause or reason at all and explained that “pero kun and usa ka elective official napuno na ang pasensya, mao gyud nay mahitabo.” (But if an elective official reaches the end of his patience, then this is bound to happen).

During the 2019 elections, Aniscal ran under the Nationalist People’s Coalition (NPC) with Rañola as his mayor and garnered the fourth spot among 28 aspirants while Pielago landed at seventh under the banner of Partido Demokratiko Pilipino-Laban (PDP-Laban) with Dodong Virtudes for mayor. (Chito M. Visarra)

NOTE: THIS STORY WAS FIRST PUBLISHED IN THE BOHOL CHRONICLE’S SUNDAY PRINT EDITION. The chief of police in Dauis town…

NOTE: THIS STORY WAS FIRST PUBLISHED IN THE BOHOL CHRONICLE’S SUNDAY PRINT EDITION. Gov. Arthur Yap broke the ground for…