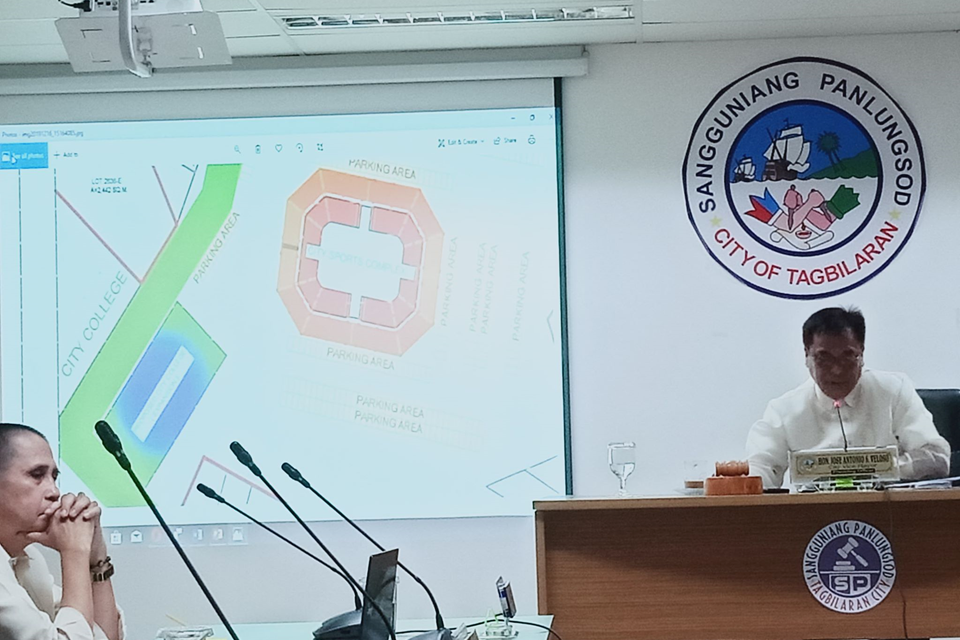 The long-planned establishment of a high-capacity sports center in Tagbilaran City may be nearing realization but even prior to its construction, Vice Mayor Jose Antonio Veloso has already expressed concern over the possible traffic congestion it will cause.

According to Veloso, the proposed 6,000-capacity City Sports Center which is now being eyed for establishment near a cluster of government buildings in Barangay Dao should instead be built in the outskirts of the city to spread infrastructure development and prevent congestion.

Veloso after the City Council’s regular session on Monday suggested for the facility to be established in Barangay Cabawan which has already been pinpointed as one of the city’s next growth centers along with Tiptip and San Isidro.

Francis Flores, chief of the First Engineering District of the Department of the Public Works and Highways (DPWH) which is the project’s implementing agency, confirmed that an initial P20 million budget for the facility has been proposed through the General Appropriations Bill (GAB).

Flores said that local contractor Gail Construction was declared the winner in the bidding for the contract but the awarding was not yet made pending the approval of the GAB which was submitted from Congress to President Rodrigo Duterte last week.

According to Veloso, officials from both the province and the city during a joint session of the Tagbilaran City Sangguniang Panlungsod and the Sangguniang Panlalawigan last year have pinpointed Cabawan as the site for the sports center and the new Hall of Justice to spread out the development.

Veloso made his suggestions after the City Council session on Monday wherein legislators were supposed to decide on the approval of the proposed allocation of an additional lot for the sports center in Dao.

The approval was deferred however after councilors agreed to invite Flores during their regular session on Monday next week to “shed light” on the project’s details and to conduct an ocular inspection of the site in Dao.

Meanwhile, Flores noted that the construction of the facility has not started as the contract for the project was not yet awarded to the winning bidder.

Duterte has until year-end to sign the GAB into law or to veto parts of the budget. If not, the government will have to reenact the 2019 budget. (AD)