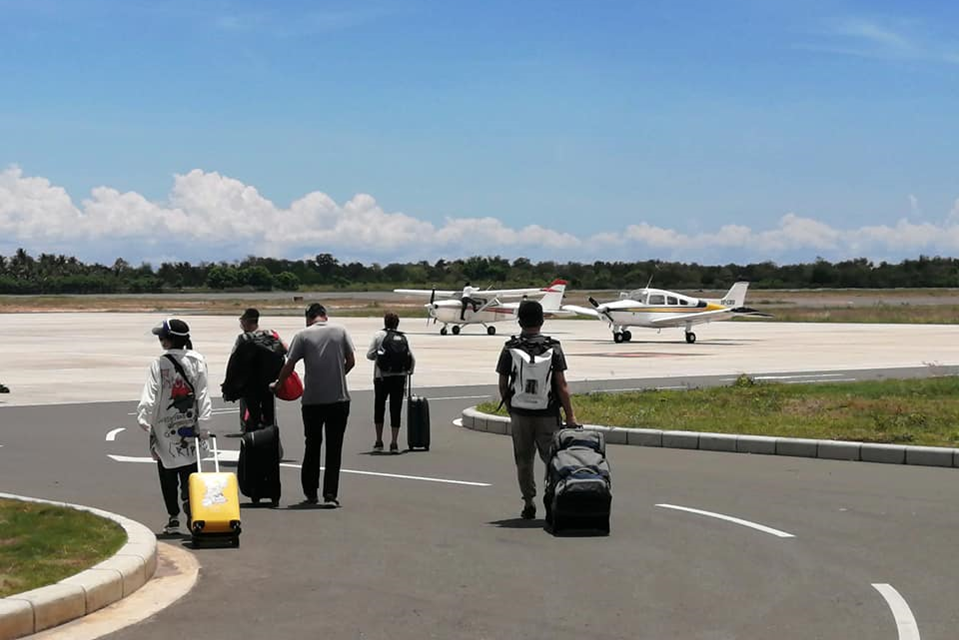 Some 33 foreign nationals who have been stranded in Bohol since travel restrictions were imposed nationwide in mid-March were flown out of the province on Tuesday morning through one of the sweeper flights mounted by the government.

Jaypee Orcullo of the Department of Tourism (DOT) said that 18 Chinese, 12 Korean and two Austrian nationals were flown to the Mactan Cebu International Airport from the Bohol Panglao International Airport, which has been shut down for commercial flights amid the coronavirus disease 2019 pandemic.

The stranded foreigners will then take flights from the Mactan airport to Chengdu, China and Incheon, South Korea.

Prior to being granted travel clearance, stranded foreign nationals had to present letters from their respective embassies, confirmed international flight tickets and medical certification, said Orcullo.

The national government through the DOT has been arranging sweeper flights for the thousands of foreign nationals who have been stranded in the country due to the pandemic.

Since March, the DOT has facilitated the outbound flights of about 1,127 foreigners from Bohol.