The Land Transportation Franchising and Regulatory Board (LTFRB) has called on drivers and operators of public utility vehicles (PUV) to apply for a special permit (SP) to operate in the province amid the General Community Quarantine (GCQ).

LTFRB 7 assistant director Rey Elnar told the Chronicle that applications may be done through their website and Facebook page free of charge while the SP will also be issued online.

Elnar however could not specify how long the process would take.

“Depende kay daghan man na,” he said, adding that applications will be processed on a “first come, first served” basis.

The Land Transportation Office’s (LTO) implementation of the SP policy on Wednesday sparked an uproar from the riding public who were left with minimal travel options as PUVs were forced to stop operating.

Lines at PUV terminals, particularly in Tagbilaran City were seen building up throughout the day while some PUVs still attempted to operate even without SPs.

Victor Lawan, a driver plying the downtown-Booy-Taloto route in Tagbilaran City said he decided to still operate out of necessity to feed his family.

Asked if he knows how to apply for an SP online through Facebook, he laughed and said “wa man ko jamo ana.”

Bohol does not have an LTFRB office, and the nearest one is in Cebu City, leaving PUV operators no other option but to apply online with travel restrictions still imposed in the country due to the coronavirus disease 2019 pandemic.

According to Elnar, buses caught operating without SPs will be slapped with a hefty P1 million fine while PUVs including multicabs and UV Express vans will be made to pay P50,000 and P200,000, respectively.

Elnar said that out of all the bus, PUV and UV Express firms and groups in the entire province, so far only the Southern Star Bus Transit, Inc. (SSBTI) has secured SPs for its fleet, adding that about “70 percent” of its units were issued permits.

In late April, LTFRB Chairman Martin Delgra III said that buses will be prioritized in the issuance of SPs because these can accommodate more passengers.

“The direction of Secretary Tugade is to prioritize buses that will be given special franchises (permits),” he added.

Governor Arthur Yap on Wednesday noted that Bohol does not have enough buses to cater to the province’s entire riding public.

Yap said that it may appear that Bohol has an adequate number of buses based on records at the national level but many of these units are old and dilapidated. (A. Doydora) 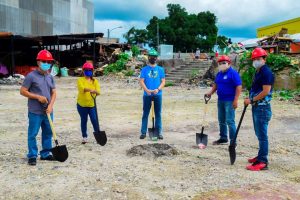