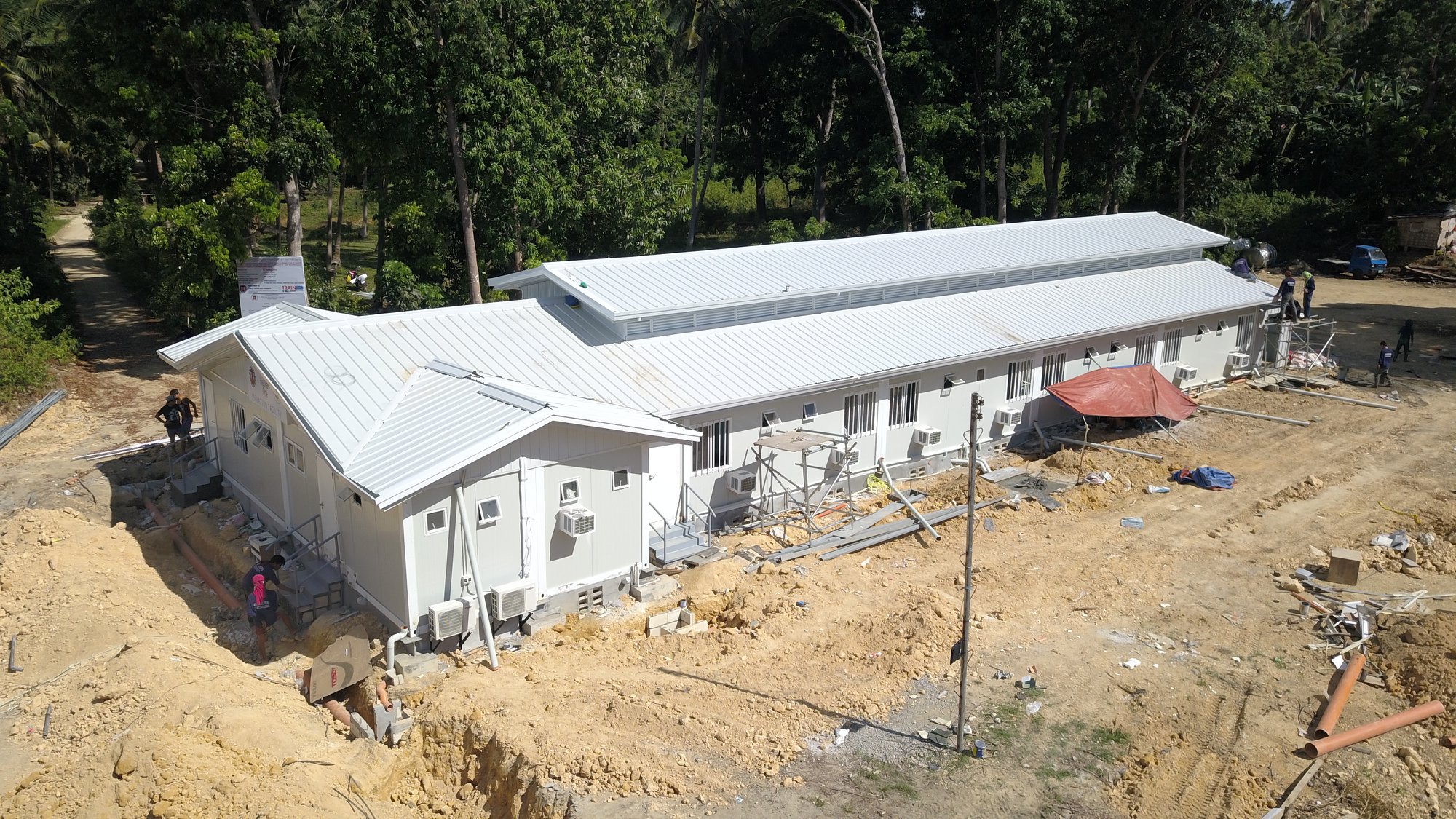 The new modern isolation facility of the municipality of Tubigon is nearing completion and is scheduled for turnover to the local government unit (LGU) within the month.

According to Tubigon Mayor William Jao, the 16-bed facility took only a month to construct as it is mostly made of pre-fabricated materials.

The facility is replete with fully air-conditioned rooms, each with private restrooms.

It also has quarters for the medical staff who will look after those confined in the isolation center.

The facility whose construction was overseen by a Negros-based contractor is located beside the Tubigon Municipal Hall.

Jao said that the P15 million budget for the facility was provided by the Office of the Civil Defense (OCD).

The OCD proposed the project when the LGU oversaw the isolation of around 70 Philippine Army soldiers stationed at Camp Lino Chatto in Barangay Macaas, Tubigon who tested positive for COVID-19 in 2020.

As of Wednesday, Tubigon has 16 active COVID-19 cases.

All were identified as local transmission cases. (A. Doydora)