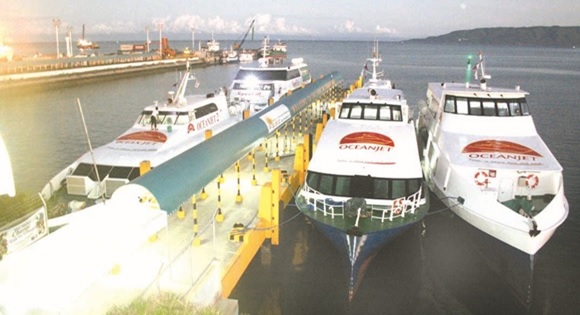 As local government units in Cebu started to impose a travel ban and with the Provincial Government of Bohol poised to do the same, Ocean Jet suspended its trips between both provinces starting Monday, an official said.

According to Ocean Jet Tagbilaran supervisor Proceline Reroma, their trips will remain suspended “until further notice.”

Reroma noted that Cebu City barred individuals from entering its ports starting Monday afternoon, but returning overseas Filipinos or ROFs and essential workers are exempted from the the travel ban.

The city and nearby localities have experienced a massive resurgence of COVID-19 cases and have detected cases of the more virulent Delta variant prompting authorities to re-impose stricter travel restrictions.

Bohol, on the other hand, is hoping to prevent the spread of the Delta variant in the province which so far has not detected cases of the mutated virus.

Reroma said an OceanJet fastcraft was still able to transport passengers from Cebu to Tagbilaran City on Monday morning.

However, on its return trip to Cebu, only 15 essential workers and ROFs were allowed to board the vessel.

Some 27 other passengers were given refunds.

According to Reroma, OceanJet was plying the Tagbilaran-Cebu route using one vessel with one roundtrip per day.

Each trip had an average of at least 100 passengers.

Prior to the pandemic, Ocean Jet had 15 daily roundtrips between Tagbilaran and Cebu. (R. Tutas)