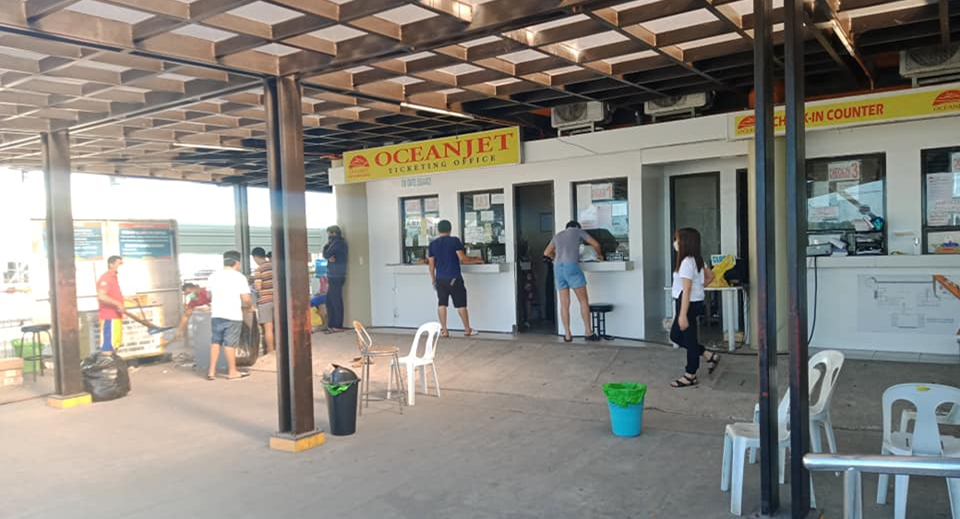 The 33-year Overseas Contract Worker (OFW) who boarded an Ocean Jet vessel from Cebu while positive for COVID-19 is now facing charges in violation of health protocol.

Mayor  Josephine “Roygie ” Juamoy told the Chronicle that the Inabanga Inter-Agency Task Force is not letting the person escape from facing the consequence of insisting to board the vessel despite being fully aware that he got a positive PCR test prior to his boarding at the Cebu port.

Netizens bombarded the social media calling the passenger an” irresponsible citizen” for having insisted on boarding the vessel despite knowing his being contaminated with the virus.

He is now facing charges in violation of Republic Act 11332, Law on Reporting of Communicable Diseases which if found guilty will be fined P20,000 to P50,000 or be imprisoned for 1 to 6 months, or both,

Aside from the passenger, the focal person at the Inabanga LGU will as well be charged for overlooking the document showing a positive PCR result of the passenger bound for Tagbilaran City.

The Covid positive Inabanga resident is now being quarantined at the municipal isolation center while the mother is at the barangay Fatima isolation center, according to Mayor Jumamoy.

Per initial investigation, the Inabanga resident used to work on an international cruise ship. However, upon his return to Bohol last year, he started engaging in selling motorcycle parts in Inabanga and a branch in Trinidad.

The public uproar to penalize both the passenger and the focal person came after 54 other passengers and crew on board an Ocean Jet vessel that traveled from Cebu City to Tagbilaran City on August 2, 2021, are now being quarantined.

According to Provincial Disaster Risk Reduction and Management Office (PDRRMO) chief Anthony Damalerio, the Inabanga focal person who was tasked to facilitate the entry of the COVID-stricken individual issued an S-Pass to the applicant even after he submitted a positive RT-PCR result.

Damalerio said the male passenger applied together with his mother who was negative for COVID-19.

Once a person receives an S-Pass, he or she will already be issued a ticket by a shipping line or an airline, he added.

According to Damalerio, crew members of the vessel were alerted of the presence of the infected person mid-sea after the Inabanga LGU found out of his COVID-19 status upon review of his application.

All the other passengers were then directed to move to the upper level of the vessel while the COVID-19 infected person and his mother stayed on the lower level.

Upon arrival in Bohol, the passengers were fetched by extraction teams of their respective LGUs which took them to quarantine facilities, while the vessel was disinfected.

According to Damalerio, the PDRRMO reminded all focal persons to double-check applications of returning residents and all persons entering the province after the Department of Health detected 32 cases of the Delta variant in Central Visayas on Friday last week.