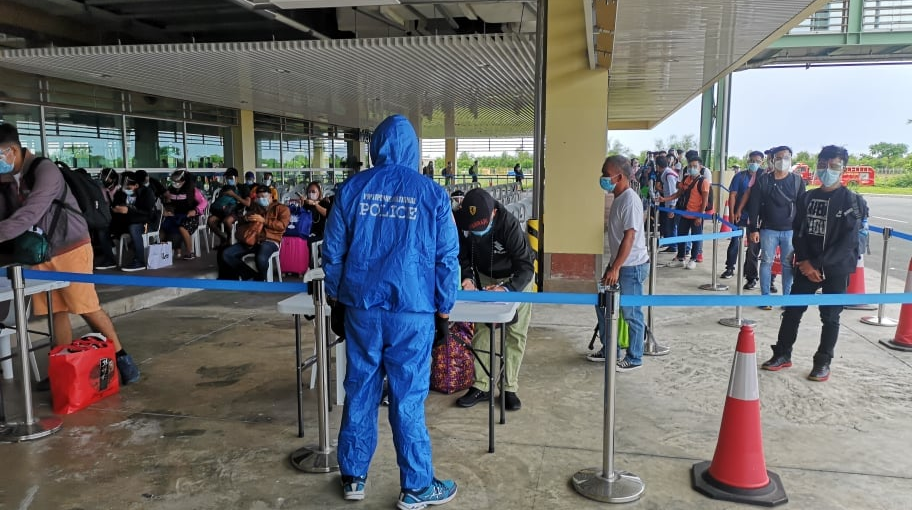 The Bohol Panglao International Airport (BPIA) continues to accommodate arrivals and departures at the facility in Panglao town even amid the ongoing border closure in the province, an official said.

According to Angelo Ybañez, BPIA assistant manager of the Civil Aviation Authority of the Philippines, APORs (authorized person outside of residence) and OFWs (overseas Filipino worker) enter the province through the airport on a daily basis.

All persons entering the province are still required to submit negative RT-PCR test results, while OFWs are quarantined upon their arrival in the country.

Based on Executive Order 40, health workers on official business, authorized government officials, persons travelling for medical or humanitarian reasons, returning OFWs and essential workers carrying out their duties are exempted from the inbound travel ban.

Meanwhile, an average of 80 persons per day depart from the BPIA.

Based on the same EO, outbound travel from Bohol is permitted.

According to Ybañez, Philippine Airlines has one roundtrip flight daily while AirAsia only has a single two-way flight on Sundays at the BPIA.

Early in August, Governor Art Yap signed an executive order closing Bohol’s borders by banning inbound travel into the province from August 6 to 20.

The travel ban was later extended to August 31 through another executive order which was signed by Yap on August 17 as part of continued efforts to prevent the spread of the dreaded Delta variant of COVID-19. (RT)