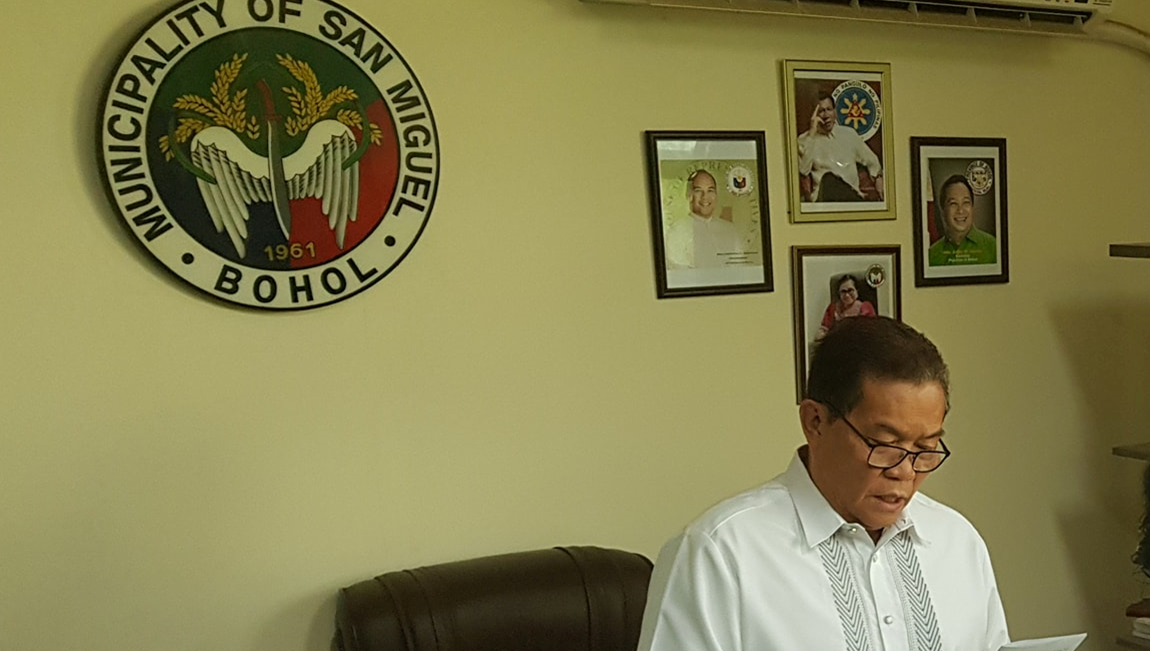 The local government unit of San Miguel is set to appeal to national authorities to place the municipality under Modified Enhanced Community Quarantine (MECQ) after recording its first COVID-19 Delta variant death and persistent high number of cases compared with other towns.

Mendez, in an interview over station dyRD on Tuesday, said the town’s Inter-Agency Task Force has already come up with a resolution appealing for the town to be placed under the more restrictive MECQ and the Sangguniang Bayan is expected to endorse the measure.

The heightened quarantine status is expected to start on September 13 and could last for 15 days, at most.

“We decided that we have to come up with drastic action ug usa sa among nasabutan is kining MECQ so mao kini ang kasabutan ug duna nay resolution ang among IATF,” Mendez said.

Under MECQ, only one person per household will be allowed to go out of the house at a time for essential travel.

Those aged below 18 and 65 and above will be barred from going out of the house.

San Miguel and the rest of Bohol are currently under Modified General Community Quarantine, the least restrictive quarantine level.

Mendez explained that tightened restrictions are needed due to residents flouting of health protocols and the town’s consistent inclusion among the province’s top 10 localities in terms of active cases.

“Ang usa na main purpose gyud ani maong gusto namo e-implement na together with our health personnel tungod kay we want to limit and restrict movement of people kay nia man gyud ning laag-laag sa mga taw na murag wala lang and I am sure this is the root cause,” he said.

As of Wednesday morning, there were 70 active COVID-19 cases in San Miguel. (R. Tutas)