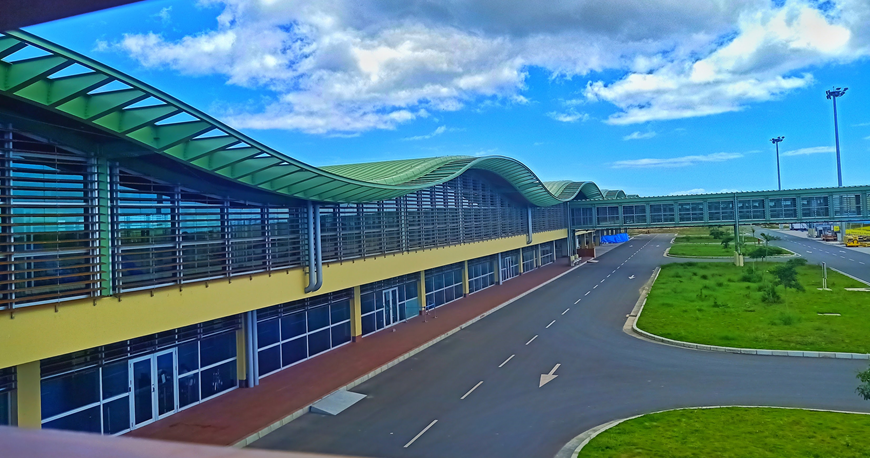 The Aboitiz Group is slated to render this week a much-awaited update on the status of their bid to privatize the Bohol Panglao International Airport (BPIA).

A team from Aboitiz InfraCapital Inc. (AIC) will be arriving on Wednesday to brief Gov. Aris Aumentado on the status of their pending bid to operate and manage the new airport which has started to deteriorate due to government’s failure to turn over the airport to a winning private group bidder which has expressed its capability to run the airport’s operations.

A highly placed source said a meeting with the governor is set at 10 ‘clock Wednesday morning.

This first meeting with Gov. Aumentado will discuss matters that are contributory to the delayed turnover from the Civil Aviation Authority of the Phils. (CAAP) to the Aboitiz Group.

The visit of the team is timely after passengers noted the physical condition of the airport has started to deteriorate while it awaits the turnover to a private operator as what happens in other new airports in the country.

Netizens observed that there are areas at the rest rooms not well kept while sometimes the air conditioning units are not functioning well.

Renewed efforts to privatize the P8.9-billion facility in line with the policy of Pres. Bongbong Marcos who recently issued a directive to sustain public-private partnerships.

Prior to the pandemic Aboitiz InfraCapital was already to be awarded the management and operation of the airport.

In mid-2021 when economic recovery began to slowly pick up, Aboitiz wanted an easing of the conditions but the top government official wouldn’t agree.

Meanwhile, the Department of Transportation (DOTr) will revisit the bidding for the Bohol Panglao International Airport’s (BPIA) operation and maintenance (O&M), after prior plans for a private takeover were stalled during the Duterte administration.

“We will invite the private sector to offer and support our PPP projects,” Bautsista said.

Earlier, the Aboitiz Group’s infrastructure arm Aboitiz InfraCapital Inc. (AIC) made an unsolicited offer to operate and develop the BPIA.

In 2019, AIC’s offer won the approval of the National Economic and Development Authority (NEDA) Board.

According to Angelo Ibañez, acting airport manager Aboitiz had started to conduct ocular inspections at the facility in 2019.

However, the takeover was stalled due to the pandemic which erupted in 2020 and led to the airport’s shutdown and limited operations.