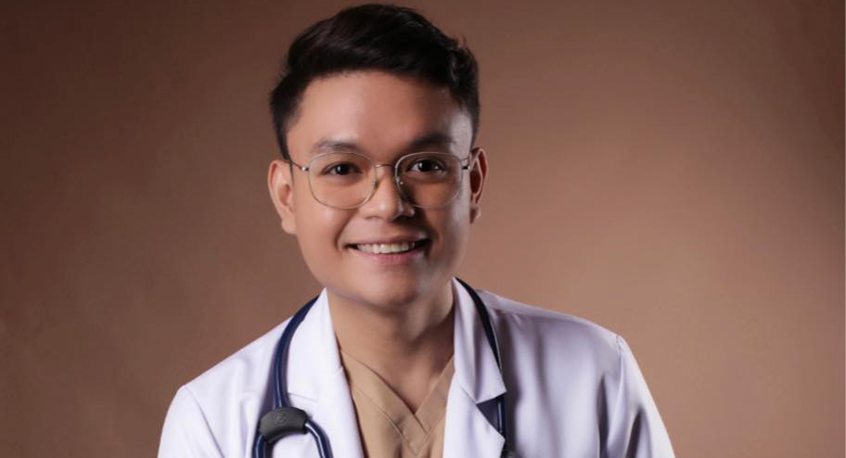 A Boholano scholar ranked 10th in the Physician Licensure Examination (PLE) conducted last October which was participated by 5,958 examinees.

Mark Johnuel Duavis, 31, a native of Barangay Cangawa, Buenavista, obtained a score of 87.08 percent, which earned him and three others the 10th spot.

Based on data released by the Professional Regulation Commission (PRC), 3,826 out of 5,958 passed the exams, marking a 64.2 percent passing rate.

Duavis told the Chronicle that he was only hoping to pass the board exam and fulfill his lifelong dream of becoming a doctor, so he did not expect to actually be among the top passers.

The 31-year-old said becoming a doctor has been a lifelong dream for him, but he was unable to study medicine immediately after graduating from the University of Bohol’s nursing program in 2011 due to financial constraints.

Duavis worked first as nurse for the Department of Health (DOH) while his siblings also studied to obtain nursing degrees.

He repeatedly applied for scholarship programs before his application was accepted in 2017.

He was granted a full scholarship by the DOH, , allowing him to take up medicine at the University of Cebu.

Duavis admitted that his family had also urged him to take up medicine despite initially not having the finances to pay for his tuition.

He said his mother’s work as a public school nurse inspired him to also get into the medical field.

Duavis added said he initially planned to spend his mandatory three-year community work in Beunavista but the town already has a municipal doctor.

He said he might be deployed in neighboring towns which need a municipal doctor. (A. Doydora)