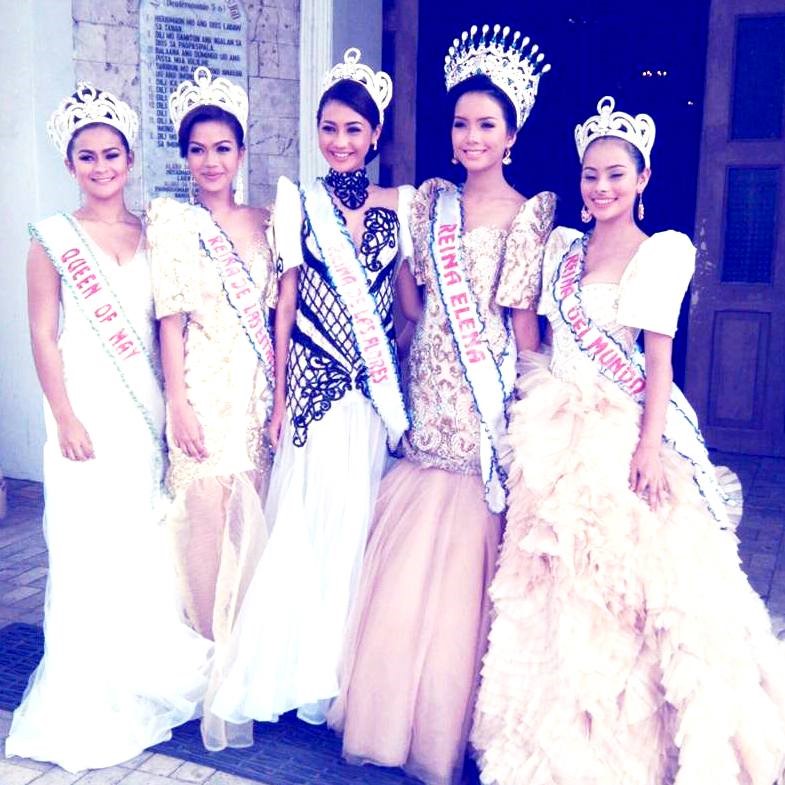 You know youâ€™re about to bid adieu to summer when you catch a glimpse of all those lovely sagalas in their Filipiniana ternos and in costumes based on Biblical characters get ready for the colorful yet solemn procession that follows the holy mass that honors the Blessed Virgin Mary.

The Rotary Club of Tagbilaran celebrated a milestone when it staged the 10th year anniversary of its highly- anticipated Rotary Santacruzan, the clubâ€™s annual fundraiser thatÂ  is based on a beautiful traditional religious activity that celebrates the finding of the Holy Cross by Queen Helen, the mother of Constantine the Great.

Back in year 2006, Rtn. Baby Bantol broached the idea of staging the Santacruzan not only to revive a beautiful religious cultural tradition but also to organize a fundraiser for the clubâ€™s various service projects.

From the Saint Joseph Cathedral, the affair wrapped up later in the evening at the Bohol Cultural Center with the dazzling parade of beauty queens, socialites, debutantes and philanthropists who embodied beauty, civic- mindedness & generosity.

This yearâ€™s edition of Santacruzan was capped with the spectacular Coronation Ball and followed immediately by the stunning performance of The Raes composed of Eva delos Santos, Monique and Anna who made it to the semifinals of ABS CBNâ€™sÂ  Pilipinas Got Talent 2016.

A tribute that recognized Rtn. Rose Soy, the legendary civic- minded beauty who reigned as Queen of the Rotary for seven successive years was also a highlight in the evening. (Raul Gatal)