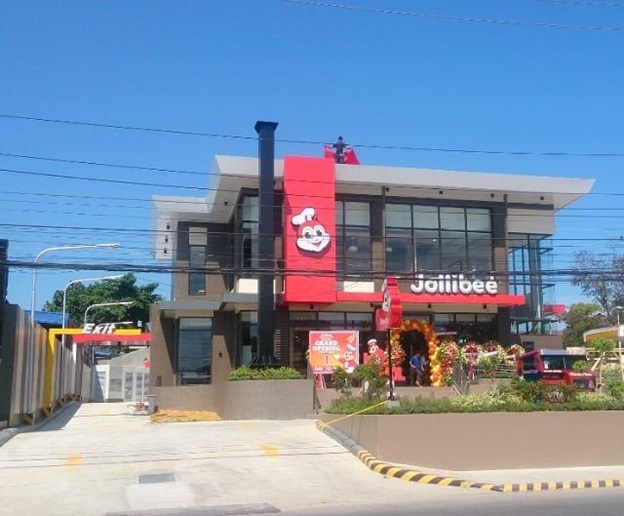 Jollibee Foods Corporation (JFC) on Friday unveiled its newest branch in Tagbilaran City, the homegrown fast-food chain’s fourth  branch in Bohol since its first store at Plaza Marcela was inaugurated in 1998.

The new store at the corner of New Calceta Street and CPG Avenue features a drive-thru service, a first for Jollibee Bohol.

The formal unveiling of the new store was joined by Tagbilaran City Vice Mayor Jose Veloso and franchisee Marlito Uy of the Alturas Group of Companies who led the ceremonial ribbon cutting in the presence of JFC officials.

The store’s drive-thru officially opened to the public on Saturday providing quick-served meals to motorists less than a kilometer away from Tagbilaran’s airport and seaport. It is open from 6 a.m. to 12 midnight.

Meanwhile, Jollibee is eyeing further expansion across the island-province.

The multinational fast-food giant is set to open a branch in Talibon within the year and another store in the first quarter of 2019 at the Alta Sita Building, which is still under construction at the former site of the Holy Name University Main Building at Gallares St., Tagbilaran City.