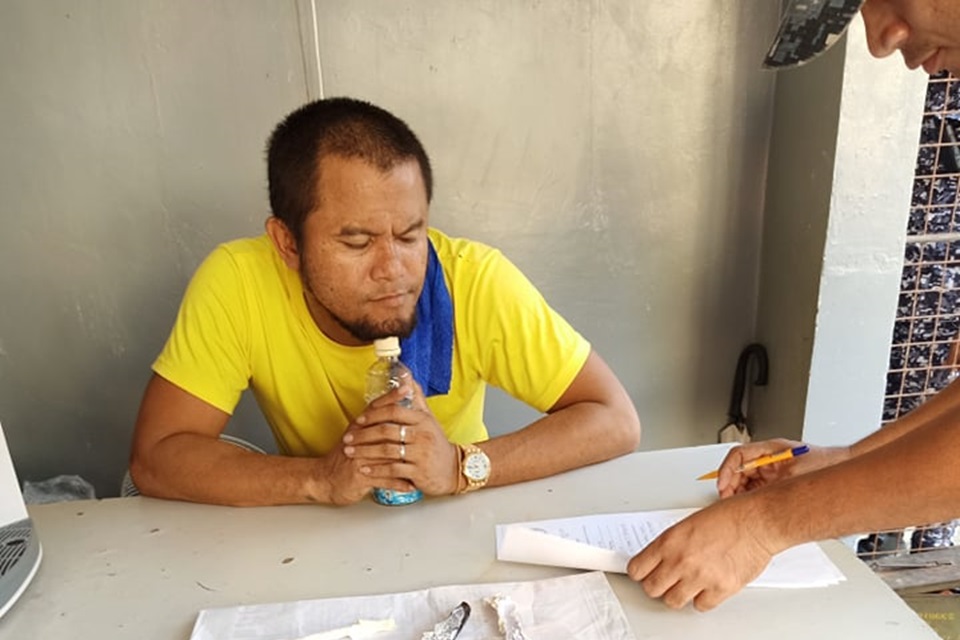 A detainee of the Tagbilaran City Jail was allegedly caught in possession of shabu which he tried to sneak into the detention facility after he attended a court hearing on Friday.

According to Jail Officer 1 Edelberto Sanoy, the contraband which was wrapped with electrical tape and a condom was concealed inside the suspect’s rectum.

The seized drugs weighed eight grams with an estimated street value of P54,000.

Sanoy, who frisked detainee Roselo Cinchez, 32, of Barangay Cogon in Tagbilaran City, said that the shabu fell from the suspect’s anus and to the floor.

Tagbilaran City Police Station investigator Staff Sgt. Alvin Florente said that the shabu may have been handed over to the suspect while at the court’s vicinity.

Cinchez was attending a hearing for his drug cases at the Regional Trial Court Branch 47 in Tagbilaran City.

He was arrested for sale and possession of illegal drugs in September, 2018.

Following his smuggle attempt, an additional drug possession charged will be filed against him, police said. (WM))