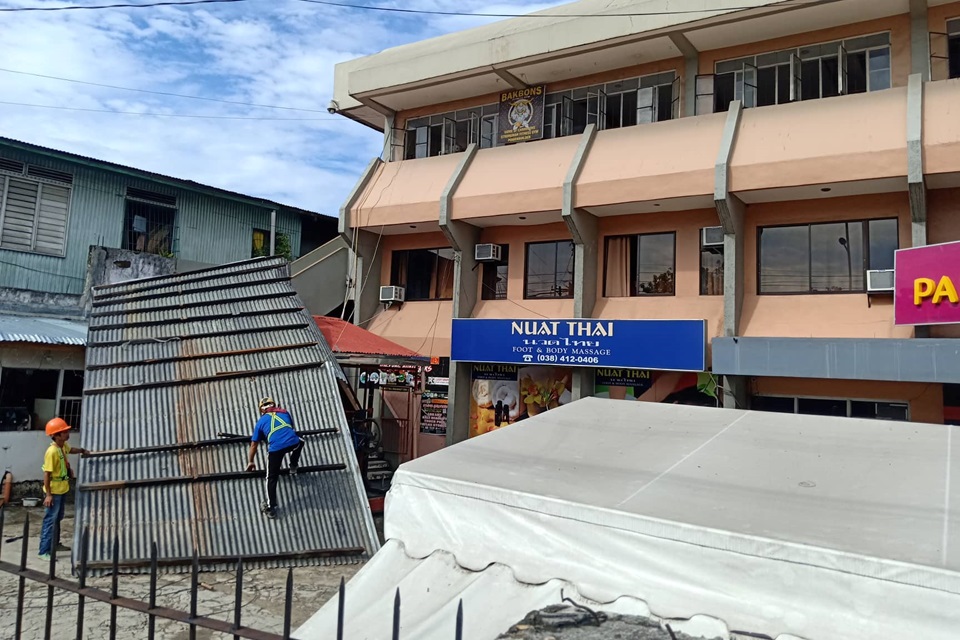 Minor damages were reported in Tagbilaran City on Wednesday morning after parts of the province were hit by strong winds and rains brought by the southwest monsoon which has been enhanced by Tropic Storm Falcon.

A galvanized iron roof of a house in Tagbilaran City was blown away and spotted in front of the Winward Pension House along Gallares Street in Barangay Poblacion 2.

The roof was ripped off by winds at past 2 a.m., witnesses said.

In Barangay Dao in the city, a twenty-foot tree along Zamora street fell down after it was uprooted and toppled by gusty winds. Strong winds also tore off a ceiling of a gas station in Tubigon town.

Authorities however have confirmed that no injuries were reported in Bohol amid the effects of the weather disturbance which is mostly affecting northern Luzon.

Starting Tuesday noon, operators of fast crafts and motorized bancas cancelled their trips due to the inclement weather, although the Philippine Coast Guard clarified that no Storm Signal has been raised over Bohol and state weather bureau PAGASA has also not issued a gale warning for the province.

Lt. Patrick John Cabasag, station commander of PCG Bohol, said that they still have not barred vessels from departing as of Wednesday morning.

PAGASA said in a bulletin issued at 5 a.m. on Wednesday that Falcon is already over the coastal waters of Aparri, Cagayan, en route to the direction of Babuyan.

Falcon which packs maximum winds of 65 kph and gustiness of up to 80 kph is moving west northwest at 35 kilometers per hour. (ad)