3 arrested for drugs in Inabanga 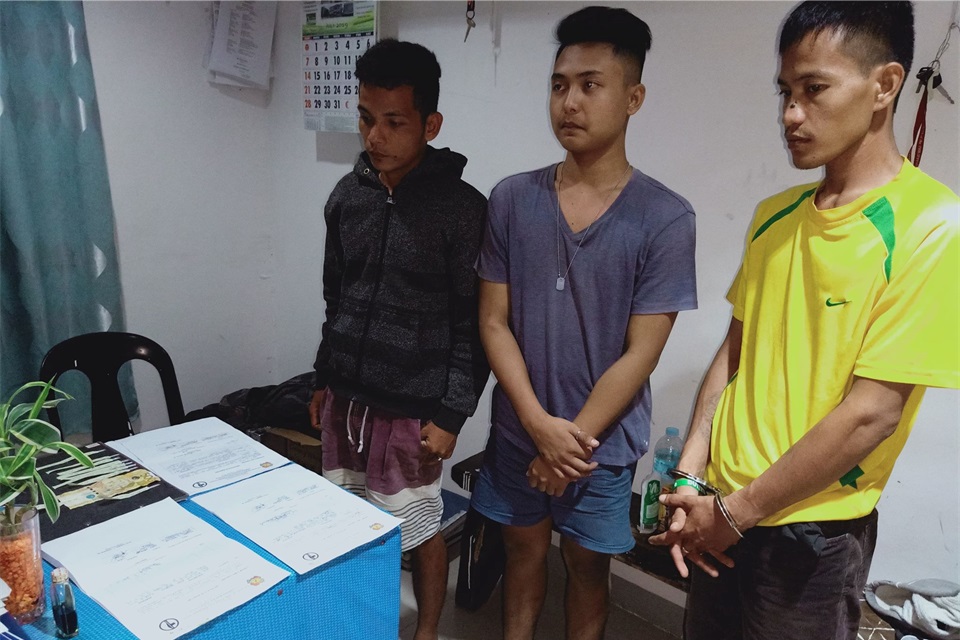 3 arrested for drugs in Inabanga

A suspected drug dealer and his alleged customers were arrested by police for drug charges in Inabanga on Friday night.

John Phillip Melloria, 27, of Barangay Nabuad allegedly sold shabu worth P500 to an undercover cop resulting in his immediate arrest during a drug buy-bust operation in Barangay Baugo in Inabanga.

Police also arrested Chan Marc Lofranco, 19, of Barangay Nabuad and Jomar Milar, 25, of Barangay Liloan who both were allegedly with Melloria during the anti-drug operation set by operatives of the Inabanga Police Station led by Captain Fermin Donque, Jr.

In a report, authorities said that both Lofranco and Milar were caught in possession of one packet of shabu each.

All three suspects remained under the custody of the Inabanga Police Station pending the filing of charges against them.

Melloria will be charged with sale and possession of illegal drugs while Milar and Lofranco will be slapped with drug possession charges. (wm)