After 3 years in hiding, rape suspect, 20, nabbed in Bien Unido 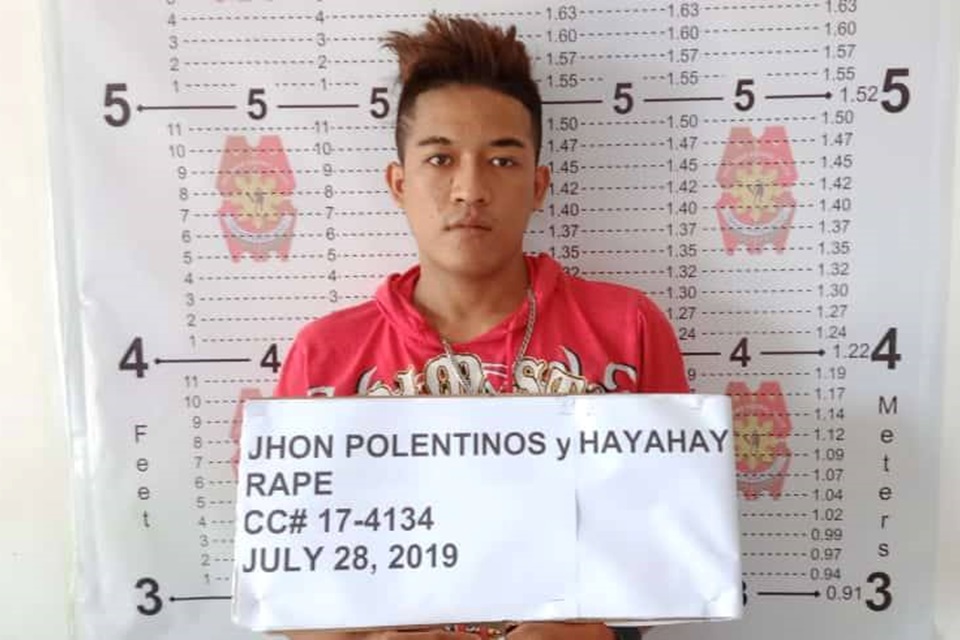 After 3 years in hiding, rape suspect, 20, nabbed in Bien Unido

A 20-year-old rape suspect was arrested by police in Bien Unido on Sunday, after he went into hiding almost three years ago when he was charged over the alleged rape of his friend who was then 18 years old.

John Polentinos of Barangay Nueva Esperanza in Bien Unido was apprehended near his residence at around 5 p.m. when police received information that he had returned to the town after being in hiding since late 2016, said Staff Sgt. Deby Cagas of the Bien Unido Police Station.

He was arrested through a warrant issued on February 23, 2017 by Judge Marivic Trabajo-Daray of the Regional Trial Court Branch 52 in Talibon.

According to Corporal Michael Item, Polentinos raped his friend, Kristin (not hear real name), inside her home in the same village after a drinking session in the wee hours of October 20, 2016.

Polintos took Kristin and her female cousin home after drinking then left, but he later returned to allegedly rape the victim who was in a weakened state due to intoxication inside her room.

The suspect stopped when the victim’s cousin woke up and shouted for help.

Polentos is now under the custody of the Bien Unido Police Station. No bail was by the court for his temporary liberty. (Allen Doydora with CR)