Telecom technician, 1 other nabbed for drugs in Tagbilaran 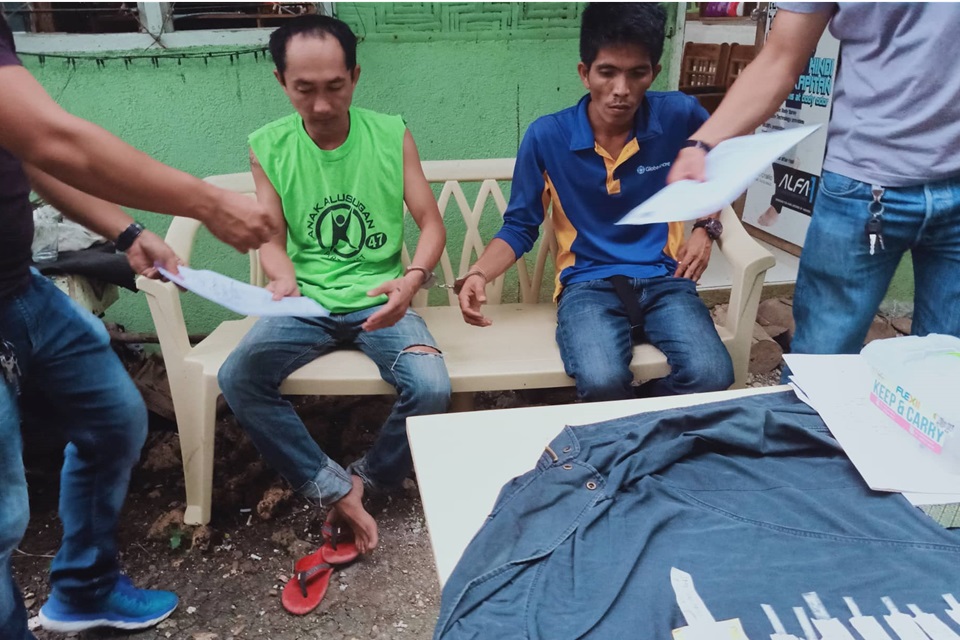 Telecom technician, 1 other nabbed for drugs in Tagbilaran

A technician for a telecommunications network and his alleged cohort in the drug trade were arrested during a police anti-drug operation in Tagbilaran City on Tuesday afternoon.

Police identified the alleged drug dealers as Joselito “Litlit” Miro, 39 of Barangay Manga and Ruben Abujan, a resident of Barangay Ubujan and a technician for a telecommunications firm.

In a report, authorities said that intelligence officers of the Tagbilaran City Police Station spotted the duo selling illegal drugs in Barangay Manga prompting police to set up the operation which was supervised by the city’s police chief, Lt. Col. Christopher Navida.

Both men allegedly transacted with a police poseur-buyer and sold shabu worth P500 during the sting operation, resulting in their immediate arrest.

According to police, they found more shabu in both suspects’ possession. They seized eight packets of suspected shabu which were estimated to be worth P20,400 based on the value set by the Dangerous Drugs Board.

Miro and Abujan are now under TCPS custody and set to be charged with violations against Republic Act 9165, otherwise known as the Comprehensive Dangerous Drugs Act. (wm)