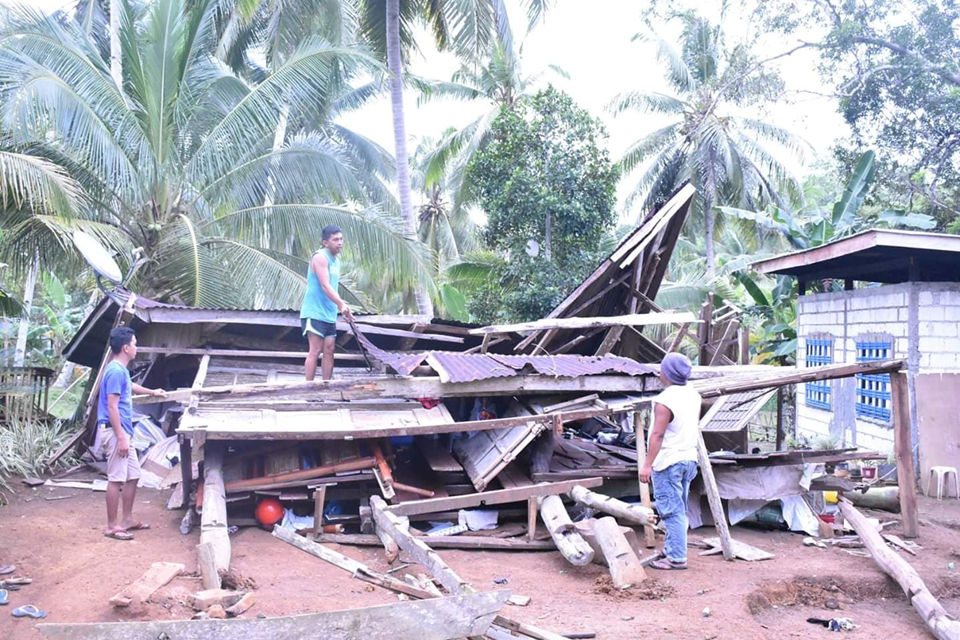 An old house made of light materials in Sikatuna was toppled by strong winds which battered the town at past 11 p.m. on Tuesday, as now-Typhoon Hanna was still gaining strength east of the country.

Patrolman Gilbert Anud of the Sikatuna Police Station said that no one was injured but the house, which he described as “antique,” was completely torn down.

The owner of the house in Barangay Abucay Sur, Sikatuna was identified as Seri Maraganias, 60.

According to Anud, the house which was mostly made of wood was already “semi-abandoned.”

No one was inside the house when it was toppled by howling winds. (A. Doydora)