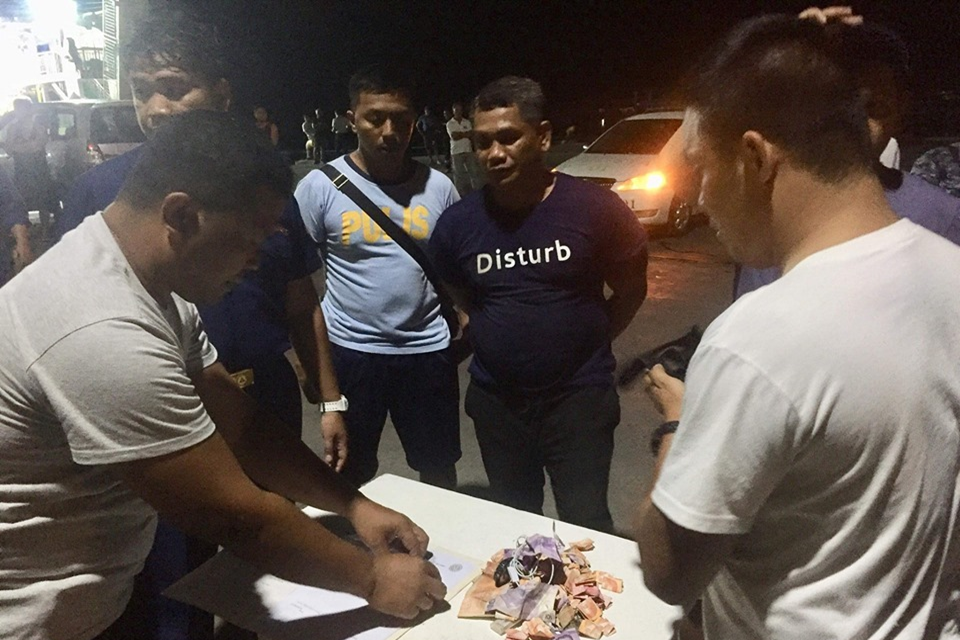 A crew member of a vessel plying the Jagna-Cagayan de Oro route who had allegedly been selling illegal drugs to other shipping firm personnel was arrested by police on Sunday night.

Rueben Tabotabo, 43, a native of Ozamiz City and a boatswain for Cokaliong Shipping, was arrested through a buy-bust operation at the Jagna port at 9 p.m. right after he disembarked from the vessel.

According to Jagna Police Station chief Captain Irvin Bellen, they seized from Tabotabo 25 packets of suspected shabu which had an estimated value of P15,000.

Belllen said that they received information indicating that Tabotabo had been selling shabu to crew members of his assigned vessel.

The suspect, after his arrest, denied that he was selling drugs to Cokaliong crew members as he instead alleged that he sold shabu to personnel of a competing shipping firm.

Police will be investigating individuals who have allegedly been buying shabu from Tabotabo, said Bellen.

Tabotabo is now detained at the Jagna Police Station lock-up facility pending the filing of charges against him. (A. Doydora)