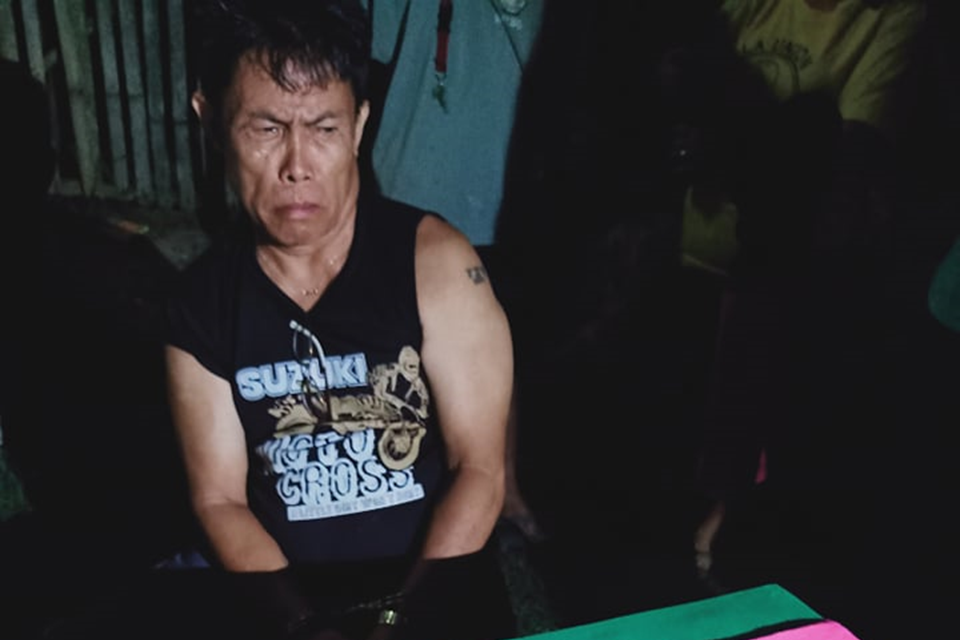 Police on Thursday arrested a 55-year-old seaman for sale of illegal drugs in Candijay.

Emegdio Gumatay, a resident of Barangay Madua Sur, Duero, was collared through a drug buy-bust operation by the Candijay police led by Major Joseph Berondo.

In a report, police said that Gumatay sold shabu worth P500 to an undercover cop during the operation in Barangay Lungosoda-an.

Gumatay was immediately apprehended after he allegedly handed over the illegal drugs to the poseur-buyer.

Authorities said that arresting police also found in his possession seven sachets of suspected shabu which were estimated to be worth P8,000 based on the value set by the Dangerous Drugs Board.

Gumatay later admitted to police that he used illegal drugs but said that the seized drugs were for his personal consumption as he denied that he was selling narcotics.

Meanwhile, police are preparing to file charges for possession and sale of illegal drugs against Gumatay who remained detained at the Candijay Police Station lock-up jail. (wm)