Cops hunt down suspect in grisly murder at Loon quarry 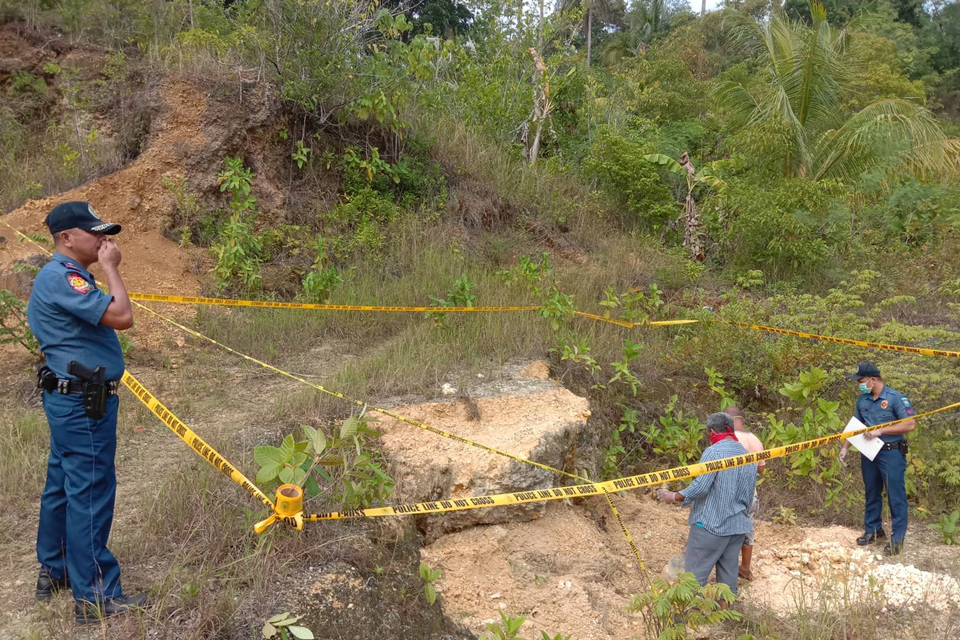 Cops hunt down suspect in grisly murder at Loon quarry

Police in Loon are hunting down the lone suspect behind the killing of a 49-year-old man who was found buried with multiple stab and hack wounds all over his body at a quarry site in Loon.

According to Corporal Quirino Jungko, Jr. of the Loon Police Station, they already have the identity of the suspect who is set to be charged with murder within the week.

Jungko however did not name the alleged killer so as not jeopardize their ongoing investigation.

Investigators have also yet to pinpoint the motive behind the gruesome murder but Jungko noted that victim Enimecio Inkoy, 49, of Barangay Pondol, Loon was last seen drinking with his workmates at the quarry in the same village on October 12.

Jungko said that Inkoy who worked at the quarry was reported missing the next day by his live-in partner Pedia Asna.

Four days after on October 17, Inkoy’s remains which started to emit foul odor were found by barangay tanods (village watchmen) buried at the quarry site at around 8 a.m.

Based on a post-mortem examination, Inkoy’s throat was slit while he had hack wounds in his head and back and a stab wound in his chest. (A. Doydora)