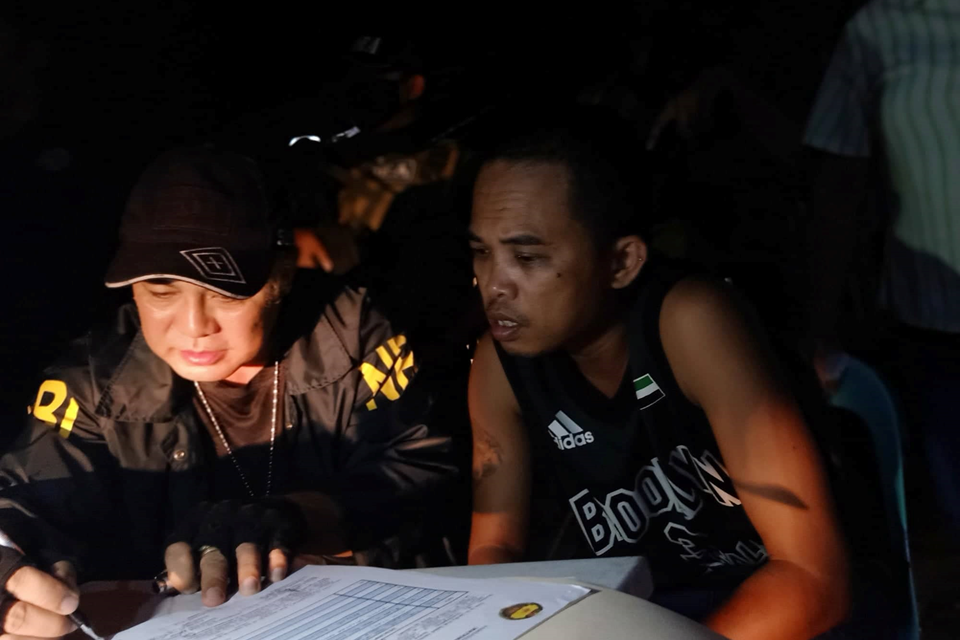 A man included in the Philippine Drug Enforcement Agency’s (PDEA) drug watch list was arrested by operatives of the agency and the National Bureau of Investigation in Tagbilaran City on Wednesday night.

Romeo Penaso, 40, a resident of Barangay Poblacion in Tagbilaran was collared through a buy-bust operation near his residence.

The operation was set in motion after intelligence agents spotted him as he allegedly sold shabu in the area.

In a report, authorities said that Penaso sold two packets of shabu worth P1000 which were wrapped with a lotto ticket to a poseur-buyer resulting in his immediate arrest.

Meanwhile, Penaso admitted that he uses shabu but denied peddling the illegal substance.

He is now under the custody of the NBI and is set to be charged with violations against Section 5 (sale) and Section 11 (possession) of Republic Act 9165, otherwise known as the Comprehensive Dangerous Drugsa Act of 2002. (wm)

Police in Sierra Bullones, Bohol have arrested the live-in partner of a woman who was found strangled to death inside…