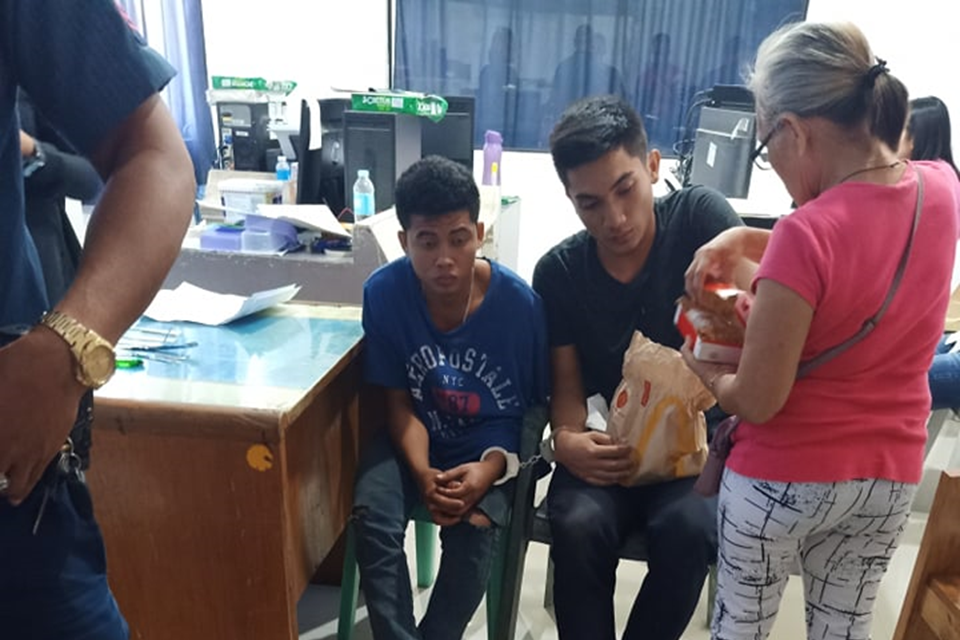 Police who were looking for a stolen motorcycle ended up finding two teenage students about to engage in a shabu “pot” session in a secluded and bushy area beside a national high school in Tagbilaran City on Friday afternoon.

According to Corporal Aldin Gabuya of the Tagbilaran City Police Station, they arrested Marcelino Lingatong, 19, and Christian Malig-on, 18, both students of the Mansasa National High School after they were caught in possession of two packets of shabu.

Gabuya said that they were following up on reports indicating that a carnapped motorcycle was taken into the secluded area beside the school in Purok 4, Barangay Mansasa.

They did not find the allegedly stolen vehicle but they instead chanced upon the two students as they were about to sniff shabu.

Police noted that both teenagers claimed that they have not yet started the session when they were caught.

Malig-on admitted that he would test positive for illegal drug use as he had been using days prior to his arrest.

Lingatong, on the other hand, was confident that he will not test positive as it would have been only his first time to use the illegal substance but they were stopped by the police.

Both men are now under the custody of the Tagbilaran City Police Station and will be facing illegal drug possession charges. (WM)