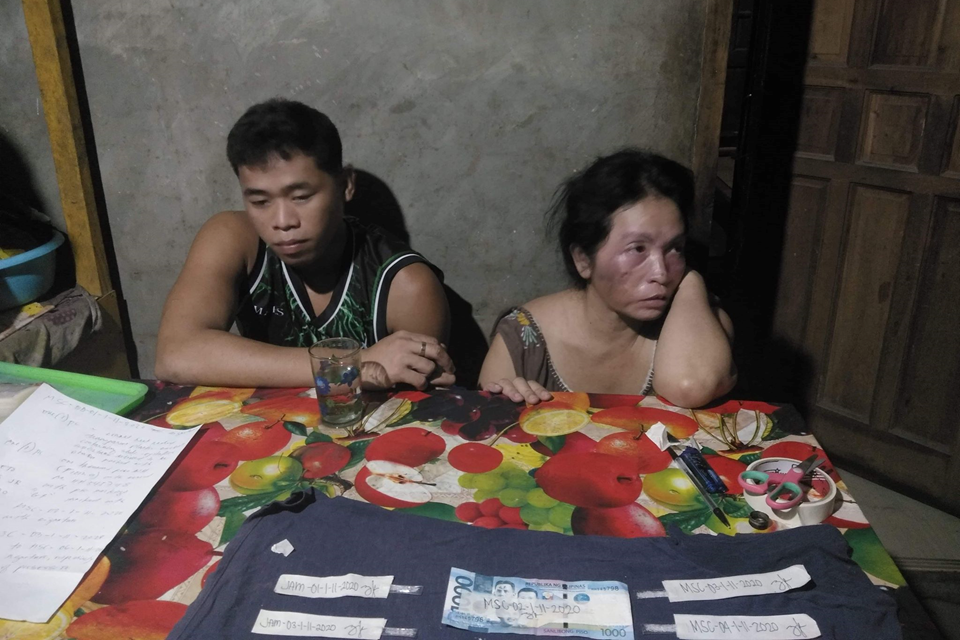 A female drug offender who was released through a plea bargaining agreement is heading back to jail after she was allegedly caught in possession of shabu worth P102,000 during a police anti-drug operation in Panglao.

Maribel Zafra, 44, tagged as a high-value target in the police’s anti-drug drive, was collared along with her 21-year-old boyfriend Jonileto Milanes, Jr., during a buy-bust operation in Barangay Doljo on Saturday night, said Panglao police chief Capt. Romar Labasbas.

Police seized 15 grams of shabu from the couple who was arrested after allegedly selling shabu to an undercover operative during the operation carried out by the Panglao police, Drug Enforcement Unit (1st District) and the Philippine Drug Enforcement Agency.

According to Labasbas, Zafra was previously arrested for a drug charge and was released in March 2019 through a plea deal.

She allegedly resumed her illegal drug operations shortly after prompting police to place her under surveillance since last year, while a previously arrested drug dealer also pinpointed her as his drug source.

Zafra also allegedly sold her drug supply to dealers operating outside of the town.

Labasbas confirmed that Zafra was the operation’s target but Milanes, known to accompany his girlfriend during drug deals, was also included in police’s drug watchlist.

Both alleged drug dealers are now detained at the Panglao Police Station lock-up jail pending the filing of charges against them.

Police meanwhile are conducting follow-up investigations to identify her drug source or other cohorts in the drug trade and determine if she was part of the same group as HVT Jonar Cutamora.

Cutamora was arrested in Panglao last week and was allegedly caught in possession of shabu worth over P700,000 in what was the first anti-drug operation in the town for the year. (A. Doydora)