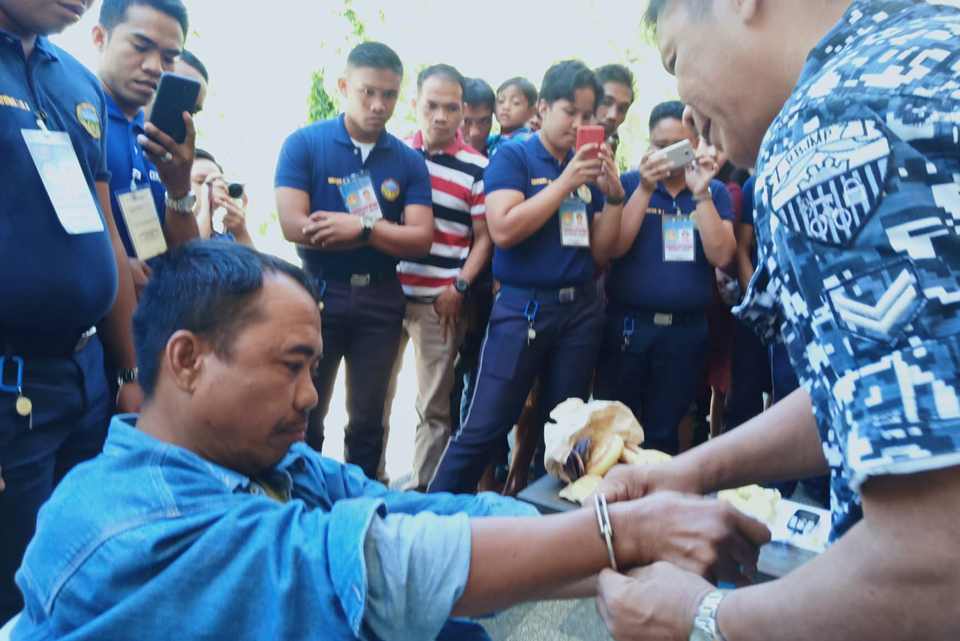 Police on Tuesday morning arrested a habal-habal (motorcycle-for-hire) driver after he was allegedly caught red-handed handing over a packet of shabu which was concealed inside a bread to a detainee who was about to attend a court hearing at the Hall of Justice in Tagbilaran City.

Jail guards led by JO3 Julius Lacia foiled the attempted smuggle attempt after they spotted the suspect, Leo Subing-Subing, as he casually handed over a brown paper bag filled with assorted bread to a detainee, who was later identified as William Dolaota.

Lacia accosted Subing-Subing and examined the contents of the paper bag which led to the alleged discovery of a small packet of shabu tightly sealed in condom and paper and then inserted into one of the pieces of bread.

According to Lacia, the incident was an attempt to sneak the shabu into the Tagbilaran City Jail (TCJ) where Dolaota is detained. It would have likely been smuggled into the facility by inserting the drugs into the anus of the courier which in the case would have been Dolaota.

Meanwhile, Subing-Subing claimed that the bag of bread was left to him by a man who he picked up in Barangay Manga and that he was unaware that shabu was concealed inside.

He also denied knowing Dolaota as he claimed that he was only told to hand over the bread to a detainee from the TCJ who was at the Hall of Justice.

Subing-Subing was turned over to the Tagbilaran City Police Station and detained pending the filing of charges against him. (A. Doydora)