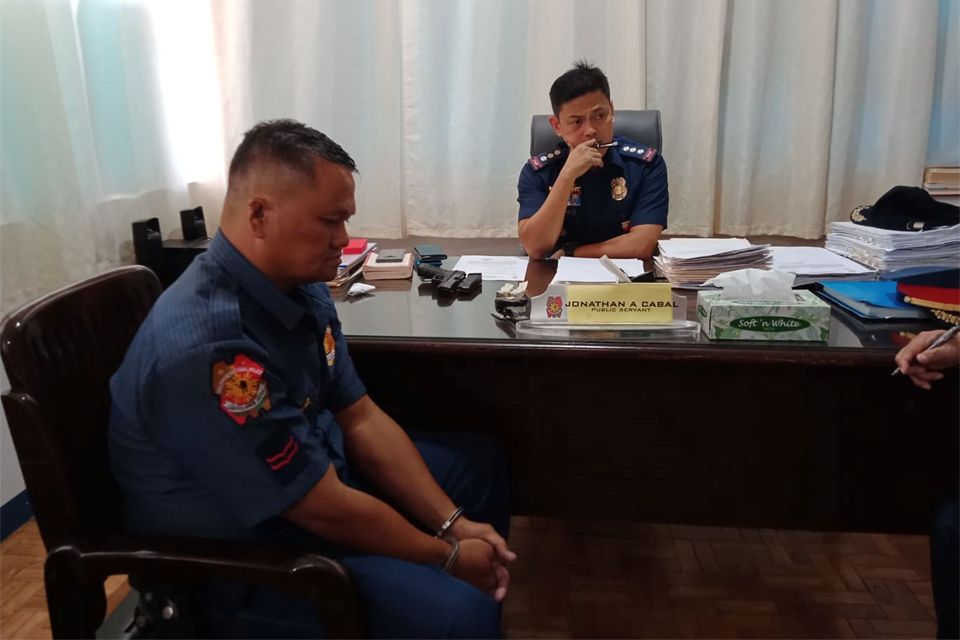 A police officer will be a facing a string of criminal and administrative charges after he was arrested on Tuesday morning for alleged indiscriminate firing of his service firearm in Guindulman.

Olaer held back tears as he was castigated by Cabal when he was brought to the BPPO headquarters in Camp Francisco Dagohoy, Tagbilaran City to face the director.

According to Cabal, the police will not extend any assistance to Olaer as he faces charges against him for illegal discharge of firearm and alarm and scandal which will be filed before the Bohol Provincial Prosecutor’s Office.

Olaer, who is assigned at the Valencia Police Station, will also be slapped with administrative charges for grave misconduct, and possibly conduct unbecoming of a police officer, which could lead to his discharge from the service.

Cabal said that Olaer’s neighbor in Barangay Casbu, Ponciana Vallota, 53, accompanied by the village chief Suzan Salazar reported to police that Olaer fired his pistol indiscriminately in the village at around 6 p.m. on February 1 prompting the police chief to send officers to the area.

Authorities and the complainant remained clueless on why Olaer fired his pistol as the suspect was barely responsive when interviewed by Cabal himself.

It was noted that Olaer is also facing charges for slight physical injuries and grave threats for beating up an “old man” in Guindulman on January 15.

Olaer was be subjected to drug testing at the BPPO crime lab and brought to the prosecutor’s office after he was presented to the media.

He will then be transported to the Guindulman Police Station where he will be detained. (R. Tutas)