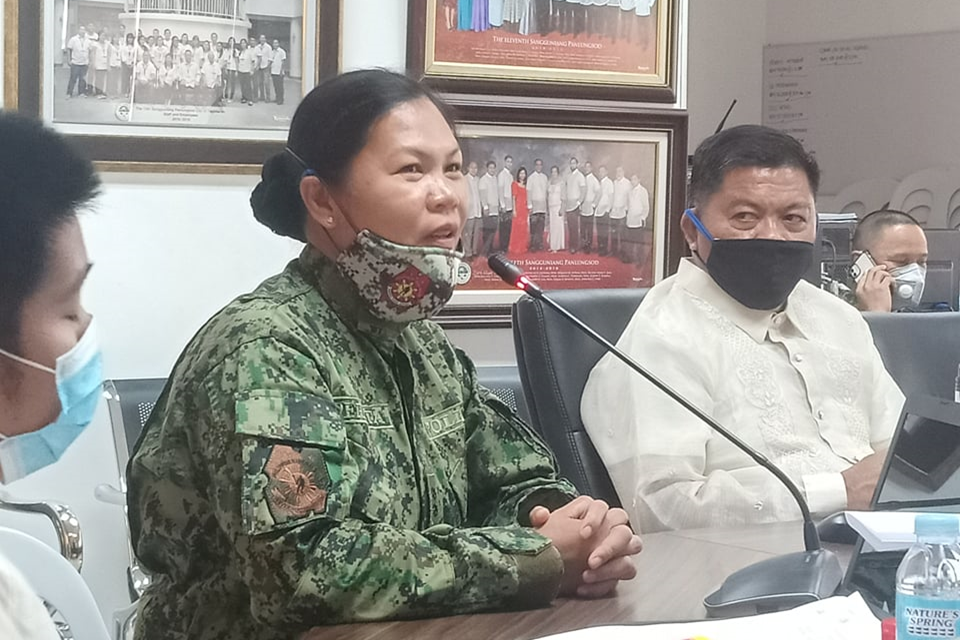 Tagbilaran City Police Station (TCPS) commander Lt. Col. Mary Crystal Peralta will be recommending to Governor Arthur Yap the conduct of regular drug testing within the Provincial Security Force (PSF) after one of its members was arrested in a drug buy-bust operation in the city.

“One of my recommendations is to have a regular drug testing for the PSF to assure that they are not involved in any form of criminality especially on illegal drugs,” Peralta said in an interview over station dyRD on Wednesday.

According to Peralta, it was the second time that PSF member Joey Lorete was arrested for a drug charge as he had only recently been released for a previous drug case through plea bargaining agreement.

The police chief will also be submitting a report to Yap regarding Lorete’s case and will be including details on his two arrests for drug charges.

Peralta said that Lorete had already divulged names of his cohorts in the drug trade but investigators were still verifying his claims.

Lorete was arrested by anti-narcotics operatives of the TCPS on Monday and was allegedly caught in possession of shabu worth P68,000.

According to Capitol security consultant retired police colonel Sancho Bernales, Lorete was AWOL (absent without leave) when he was arrested and was found out to not be in his post at the Governor’s Mansion in Tagbilaran City.

Lorete was still under probation as a causal worker of the provincial government as he had only been hired in September, said Bernales.

Although the PSF holds monthly meetings and inspection of its ranks, the provincial security group does not carry out regular drug testing of its personnel.

Meanwhile, Lorete has already been ordered dismissed from the service.

The drug suspect is now under the custody of the TCPS pending the filing of drug charges against him.

Bernales said that the PSF has 136 personnel—105 of them are casual or job order hires, while five are holding plantilla positions and 26 are regular employees.

The security personnel’s assignment are regularly rotated among the old Capitol, CPG Sports Complex, the Provincial PCR Laboratory, a hatchery in Bilar, Pres. Carlos P. Garcia Hospital in Talibon and the Governor’s Mansion, among other provincial government establishments. (R. Tutas)