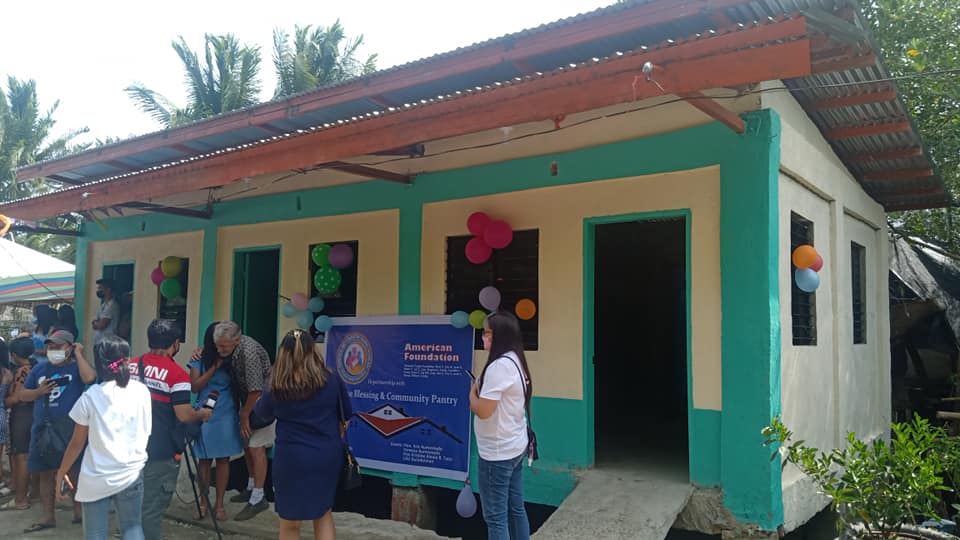 Ten more families have benefited from the free housing program of a couple-run foundation which has built a total of 68 houses for poor Boholano families across the province in a span of almost a decade.

The Terence and Beth Giving Hope, Inc. which is run by Beth and Terence Martin turned over the concrete houses to their recipients in Barangay Tabajan, Guindulman on Wednesday.

The brief turnover ceremony was joined by Third District Rep. Alexie Tutor who herself has a self-sustained housing program in her district.

According to Beth, the project in Guindulman is the biggest so far for the foundation which has been building houses for indigent Boholanos in Getafe, Inabanga, Talibon, Mabini and Ubay since 2014.

“So far this is the biggest and at the same time, these are the first cement houses that we built as we decided to upgrade. We’re looking for longevity,” said Beth.

Beth added that they are planning to build more than 30 houses in the next few months to reach their target of having built homes for 100 families before December.

They intend to continue building fully concrete houses in the future instead of the previous semi-concrete homes.

The Martins accept applicants for their program and choose the “poorest of the poor” beneficiaries.

“We have a lot on the list and we’re praying that the projects will be continuous,” Beth said.

Tutor who has built 90 houses for indigent families since 2018 as part of her personal advocacy expressed support for the Martins.

Martin who is a retired musician and furniture designer said they are being supported by friends and associates in the UK in funding their programs.

The couple’s foundation also has an education support program which has over 30 beneficiaries.

Through the initiative, they provide students with mobile phones, printers and laptops.

According to Beth, the couple was inspired to help those in need due to her experiences with poverty when she was growing up in Bohol.

“I came from a very poor family and I know how it feels when there’s rain dropping on you while you sleep. And for the students, I know how it’s very hard that you go to school without food and without money for fare,” Beth said. (A. Doydora)