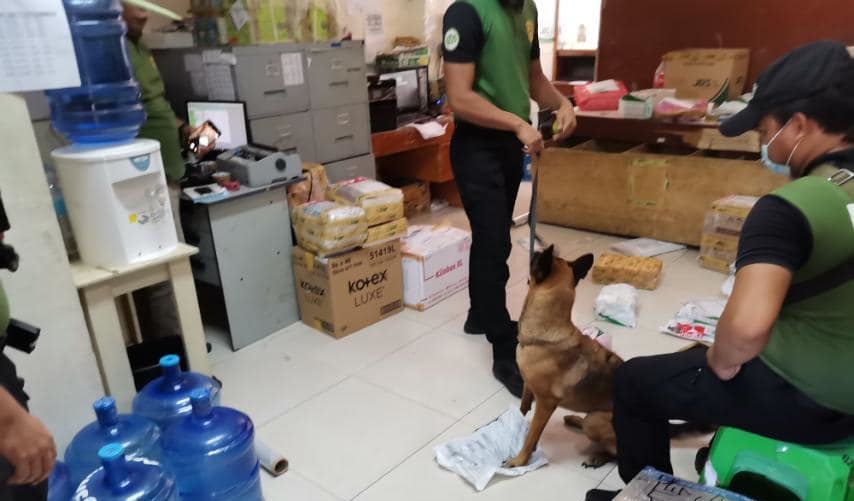 Amid the enforcement of tight travel restrictions in Bohol, drug traffickers appeared to have opened a new route to sneak shabu into the province.

Philippine Drug Enforcement Agency (PDEA) authorities on Saturday seized shabu worth P340,000 concealed inside a package at a cargo forwarding company’s branch in Tagbilaran City, in what was the first time for authorities to intercept illegal drugs from a parcel service in the province in recent years.

“For my term here, this is the first time,” said PDEA Bohol chief Theodore Atila.

According to Atila, operatives found the contraband during a routine K-9 inspection at a branch of an undisclosed forwarding firm in Barangay Poblacion II.

Atila said the 50-gram shabu pack was hidden inside a belt bag which was also sealed inside a plastic wrapper.

The parcel was shipped from Iligan City to a receiver in Tagbilaran City.

However, investigators believed that the receiver’s name which was not disclosed by authorities was likely fake.

Atila added that they have run the name through their national database and checked with local informants but did not find any record or information on the supposed recipient.

“At this early stage, I will say na mura og gihimo-himo ra ning pangalana ni the maybe, pero dili pa ta ka siguro, during the time that they will claim, ilang e-present an ID reflecting that name,” said Atila.

According to Atila, they conduct routine inspections at the airport, seaports, bus terminals and cargo services as part of efforts to

Following the seizure, the official assured that the agency will heighten its efforts in monitoring all means of cargo transportation in the province.