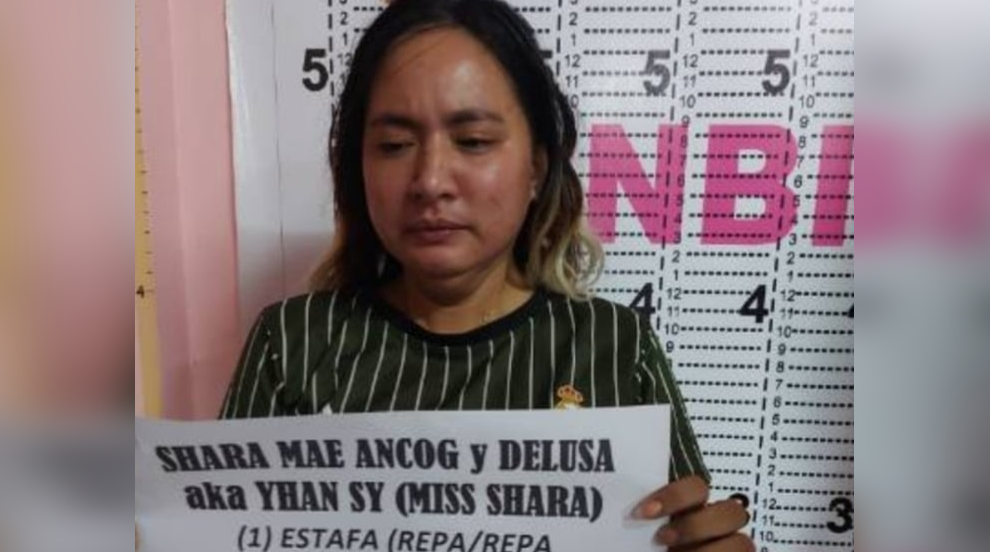 An alleged reseller of the REPA investment fraud was arrested by National Bureau of Investigation (NBI) agents in an entrapment operation in Tagbilaran city on Saturday afternoon.

According to NBI-Bohol chief Joel Ayop, they collared Shara Mae Ancog, 32, a resident of Tagbilaran City, after she allegedly received P24,000 in investments from a buyer along JA Clarin Street in the city.

The buyer who was not identified by Ayop had coordinated with the NBI prior to the transaction.

Ancog was charged before the Tagbilaran City Prosecutor’s Office with violations against the Securities Regulation Code and estafa on Monday morning.

She has been accused of having victimized multiple buyers through the investment scheme which has been confirmed to be illegal by the Securities and Exchange Commission.

Ayop added that Angcog was among those initially charged last week as a result of the barrage of complaints filed before various agencies against the scam.

Angcog was detained at the NBI’s detention facility but Ayop noted that she was expected to post boil.