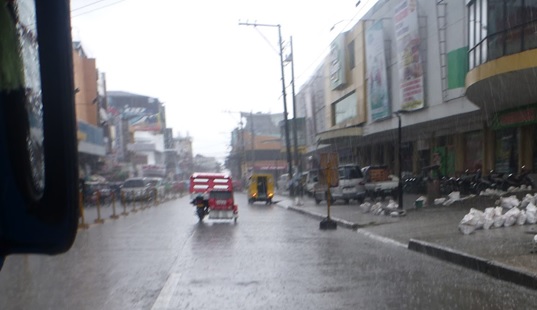 Easterlies (winds that blow from the east) have been causing rains across Bohol from Sunday until early Monday, the state weather bureau official said.

The rains prompted the National Disaster Risk Reduction and Management Council to send out an SMS warning to residents of the province in which an Orange Rainfall Warning was hoisted from 2 a.m. to 8 a.m. on Monday.

Samar also explained that the easterlies were not expected to bring strong winds to the province.

He added that a low pressure area spotted right outside the Philippine Area of Responsibility (LPA) is not affected the province.