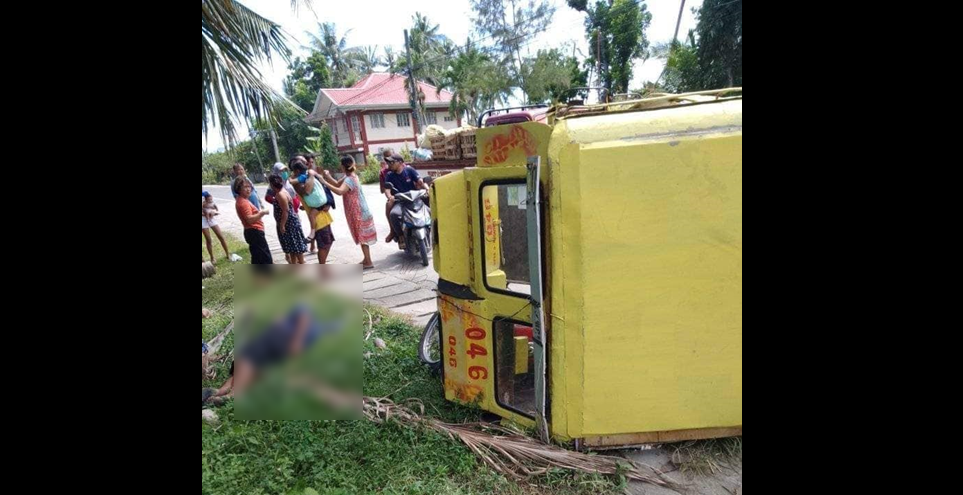 One person died while eight others including four minors were injured after a van collided against a tricycle along a national highway in Loon town on Monday afternoon.

Staff Sgt. Jackson Guadalquiver of the Loon Police Station, the tricycle which had on board a total of nine persons including the driver turned turtle after it was hit from the side by the van in Barangay Basdaco.

All persons on board the tricycle including two senior citizens, Manuel Cartazona, 66, and Eliezer Pinat, 68, Sherwin Piscos, 46, Simeon Requillo, 52, Melvin Radaza, 25, two five-year-olds, and two minors aged 14 and 17 were rushed to a hospital.

However, Radaza succumbed to his injuries shortly after arriving at the health facility.

Guadalquiver said the 17-year-old tricycle passenger suffered from a broken leg, while the rest of the passengers sustained minor injuries.

Still, those discharged from the hospital were required to under a CT scan to discount late onset severe head injuries.

Meanwhile, the van’s driver who was uninjured voluntarily surrendered to the Loon Police Station.

He was placed under police custody pending the completion of a settlement between the victims’ families and the owner of the van. (A. Doydora)