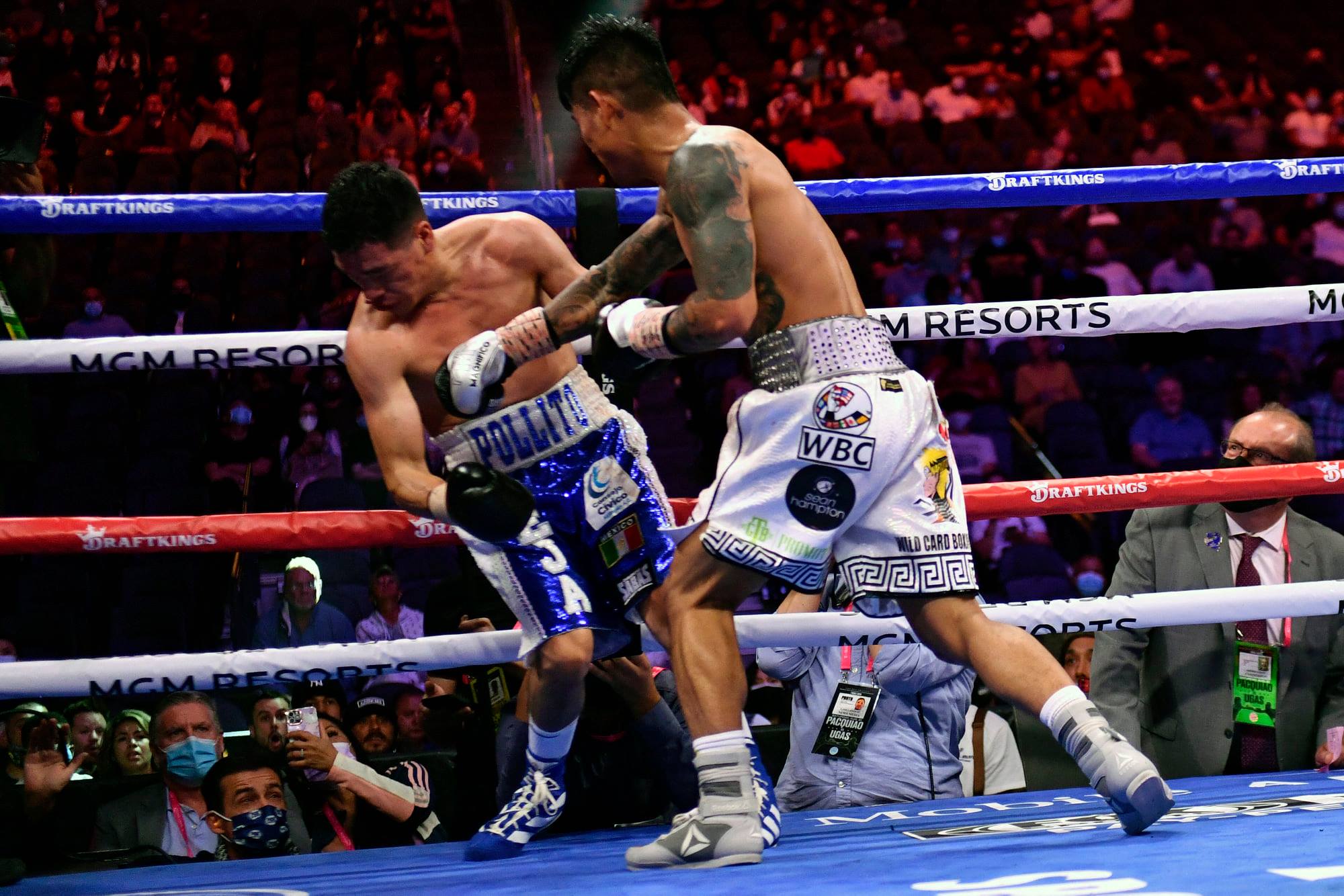 After his 10th-round demolition of Mexican brawler Julio Ceja, undefeated featherweight Mark “Magnifico” Magsayo could finally be getting his title shot within the year or early in 2022, placing him on a collision course with dangerous fighters in the division.

Magsayo (23-0, 16 KOs), in an interview with station dyRD on Monday, said MP Promotions president Sean Gibbons told him that he could finally be getting a crack at a world champion if he gets through Ceja.

However, bigger fights mean tougher opponents for the 26-year-old Tagbilaran City native as the featherweight division is stacked with dangerous pugilists.

Magsayo’s victory over Ceja during their World Boxing Council featherweight title eliminator at the T-Mobile Arena in Las Vegas, Nevada elevated him as the number one contender for the WBC belt currently held by American Gary Russell, Jr. (31-1, 18 KOs).

The 33-year-old Russell (31-1, 18 KOs) however has been inactive as he last fought in February of 2020 against Tugstsogt Nyambayar, who he defeated via unanimous decision.

Russell also previously aired his desire to move up to the lightweight division. This could leave Magsayo to fight for the vacant WBC belt against another opponent.

Magsayo expressed willingness to fight any of the world champions.

In mid-2020, Magsayo, along with wife Frances, relocated to the US to train at the famed Wild Card Gym in Hollywood under trainer Freddie Roach in hopes of earning his first world title.

He has been staying in Los Angeles since then with his last three fights held in the US. His battle against Ceja last Sunday was his first at gambling and fight capital Las Vegas.

Magsayo said he only plans to return to Bohol once he is able to take home a world championship belt.