14-year-old boy, 1 other dead in truck-motorcycle collision in Ubay 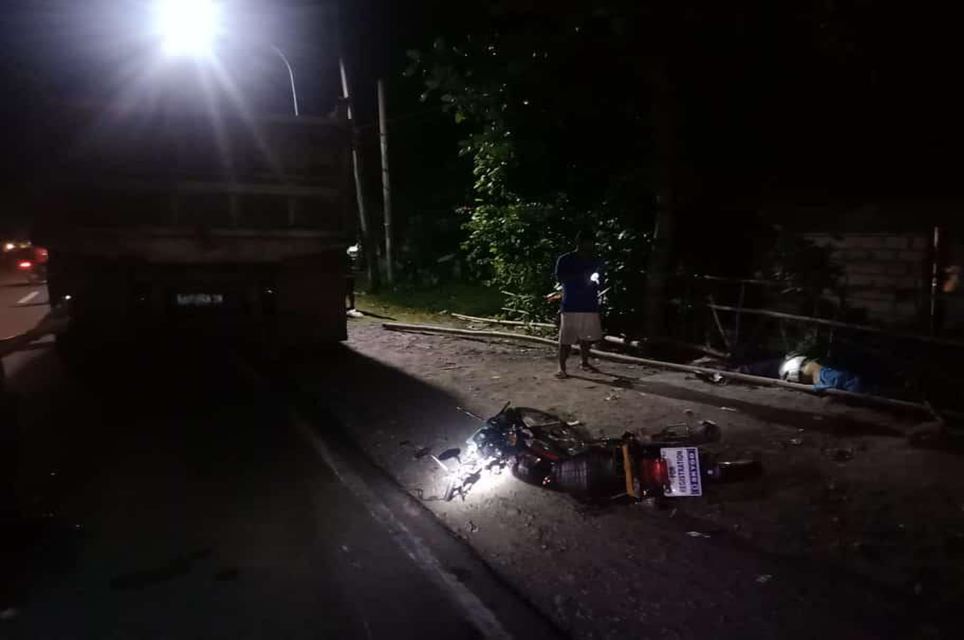 14-year-old boy, 1 other dead in truck-motorcycle collision in Ubay

A habal-habal (motorcycle for rent) driver and his 14-year-old male passenger were killed while a 15-year-old girl suffered minor injuries after a motorcycle and a dump truck collided head on along a national highway in Ubay on Friday night.

The motorcycle driver, identified as Manuel Rosales, 53, of Barangay Bay-ang in Ubay died on the spot, while the boy succumbed to his injuries at the Don Emilio Del Valle Hospital less than an hour after the accident, said Staff Sgt. Lemuel Reyes of the Ubay Police Station.

According to Reyes, Rosales sideswiped a bicycle at around 6:30 p.m. in Barangay Calanggaman, Ubay causing him to lose control of the motorcycle and cross towards the opposite lane.

One of Rosales’ passengers, a 15-year-old girl, fell off the motorcycle while he, along with the other passenger, slammed straight into an incoming Isuzu dump truck driven by one Elizalde Lacasa, 37, of Minglanilla, Cebu.

Elizalde’s truck incurred damages particularly in its front right side bumper but he was uninjured. The 15-year-old girl meanwhile suffered only minor injuries including bruises and cuts.

Following the incident, Elizalde was taken into police custody.

He was released on Saturday afternoon after he reached an amicable settlement with the victims’ families.