4 dead, 1 hurt after truck falls into gully in Batuan 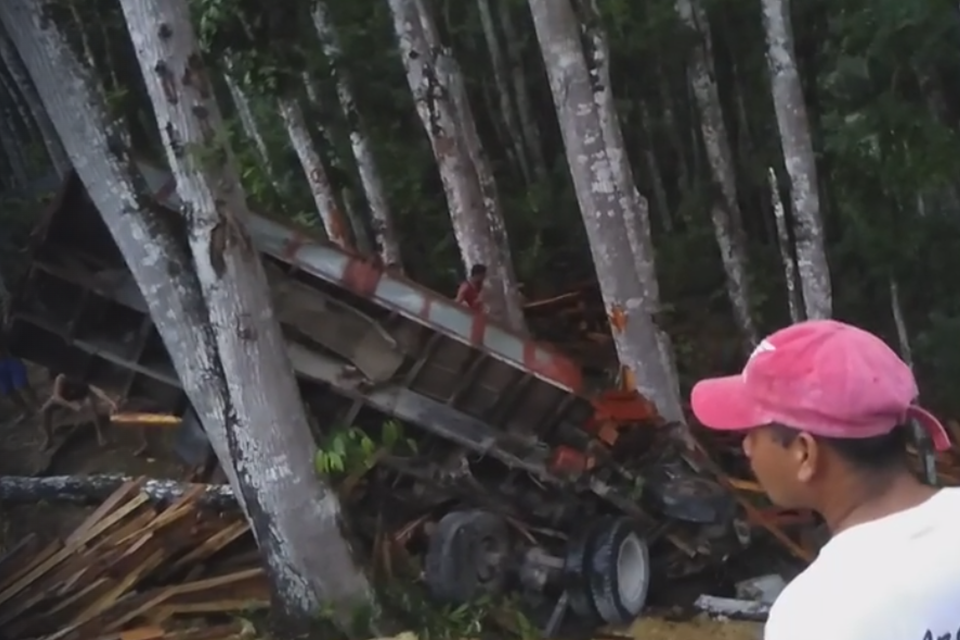 4 dead, 1 hurt after truck falls into gully in Batuan

Four men were confirmed dead while one survived after a truck plunged into a 10-meter-deep gully near the Makapiko Bridge in Barangay Rizal, Batuan on Tuesday afternoon.

According to Eulogio, three of the fatalities, Manggubat, Felisilda and Abuel who was the driver were pinned down inside the truck for over four hours and were declared dead on the spot after their bodies were retrieved at 8 p.m.

Meanwhile, Galido was thrown away from the vehicle after the truck which was carrying 2,116 board feet of mahogany crashed.

Eulogio said that the accident which happened at around 3:30 p.m. was due to “human error.”

Authorities have earlier noted that the truck was seen barreling down at a downhill portion of the road before the Makapiko Bridge.

It hit a parked motorcycle then a mahogany tree before it fell some 10 meters below the bridge, but it did not plunge into the Makapiko River.

Edwin Banga, 28, of Garcia Hernandez survived the accident but was still being treated for his injuries at the Cong. Simeon G. Toribio Memorial Hospital in Carmen.

Eulogio said that the vehicle was travelling from Dimiao and was headed towards Catigbian.

The owner of the truck has been identified as Virgilio Jamora of Garcia Hernandez. (AD)