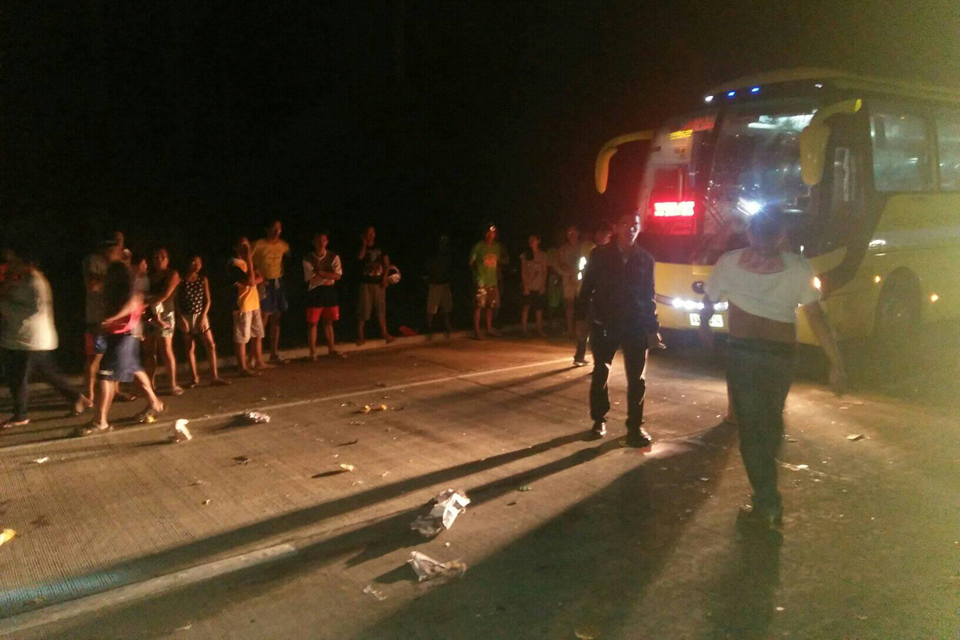 A married couple was severely injured after their tricycle slammed straight into a commuter bus along a national highway in Alicia town on Sunday night.

The victims, Artemio Medina, 40, and Mila Medina, 39, of Barangay Gabi, Ubay were rushed to the Governor Celestino Gallares Memorial Hospital in Tagbilaran City for immediate treatment.

According to Staff Sgt. Dennis Dapiton of the Alicia Police Station, the Medinas who were delivering mangoes and the Southern Star were on opposite lanes during the collision in Barangay Pagahat at past 6 p.m.

The bus driver, Mateo Yana, 41, of Ubay told the authorities that the Medinas suddenly tried to overtake a private vehicle and crossed into his lane.

Yana also claimed that the tricycle had no functioning headlight.

He said that he was still able to step on the brakes but both vehicles still ended up colliding head on.

Dapiton said that no one was else was injured during the incident.

Yana meanwhile was placed under the custody of the Alicia Police Station pending the decision of the victims’ family to whether or not file a case against him. (AD)