2 dead in truck-motorcycle collision in Corella 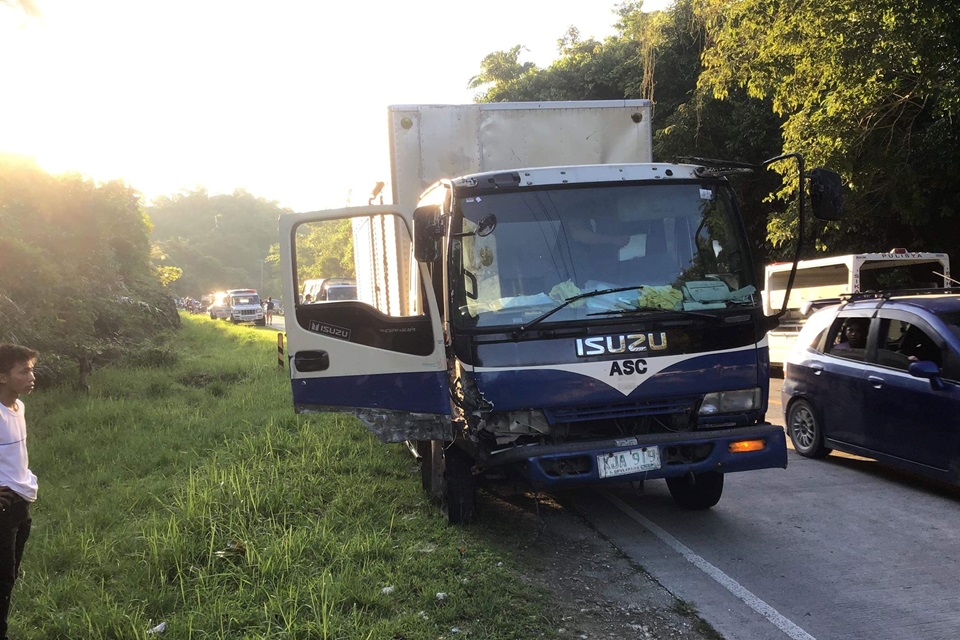 2 dead in truck-motorcycle collision in Corella

Two motorcycle-riding men after attending a birthday party died after they collided head on against a delivery truck along a national road in Corella town at past 4 p.m. on Monday.

The motorcycle’s driver, Romel Placa of Bilar town, died on the spot while his passenger, Raymond Piyao, succumbed to his injuries at the Governor Celestino Gallares Memorial Hospital in Tagbilaran City at 9 p.m. on the same day.

According to Staff Sgt. Christopher Ramirez of the Corella Police Station, the motorcycle was seen zigzagging before it slammed straight into the delivery van of the Alturas Group of Companies which was driven by one Polot Bago in Barangay Canapnapan.

The ill-fated motorcycle was thrown away some “18 meters” from the point of impact which, Ramirez noted, was at the lane of the truck.

Police investigation meanwhile indicated that both victims came from a drinking session in Sikatuna town, and were asked not to leave as they had consumed alcohol but still decided to travel. According to Ramirez, Bago and Placa knew each other and were neighbors in Bilar town.

Both Placa and Piyao were also employees of the Island City Mall, which is also owned by the Alturas Group of Companies.

Meanwhile, Bago who was uninjured during the incident was momentarily placed under Corella police custody but was later released after he and the victims’ families reached an amicable settlement. (Allen Doydora)