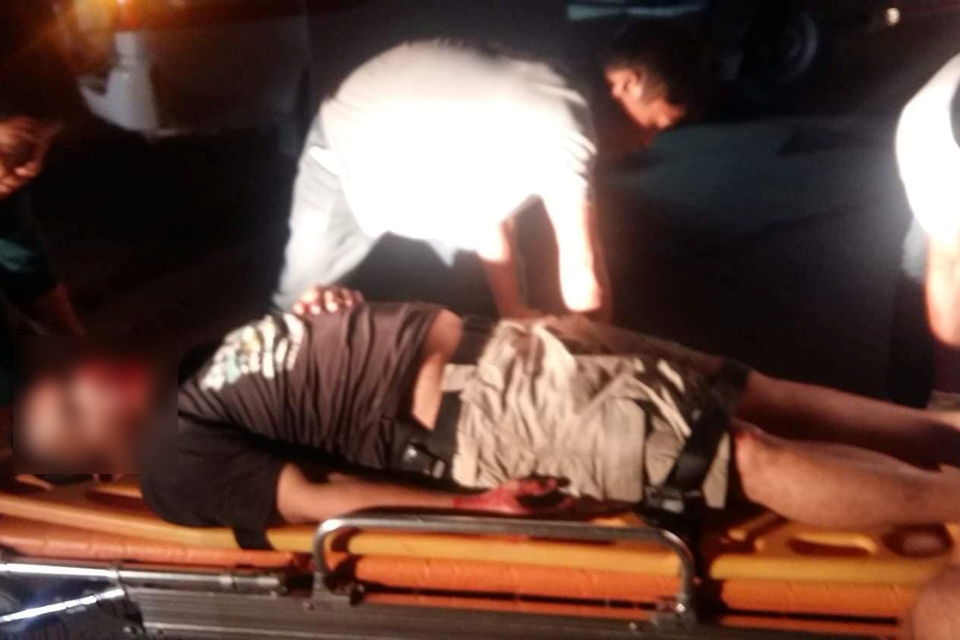 The police chief of the Loboc Police Station landed in the hospital following a motorcycle-AUV collision involving a hit-and-run driver in Loay town at past 9 p.m. on Thursday.

The victim, Lieutenant Camilo Estrera, Jr. was rushed to the Holy Name University Medical Center where he was treated for his injuries while the alleged hit-and-run driver identified as Carlo Biliran, 28, of Loay was arrested over three hours after the incident through a hot pursuit operation.

According to Staff Senior Staff Sgt. Urven Molina of the Loboc Police Station, Estrera was already in stable condition.

Molina said that Estrera, Jr. was driving his motorcycle along a national road in Barangay Agape, Loay when he was sideswiped by an overtaking Mitsubishi Adventure driven by Biliran, a former employee of the Loay local government unit who is now working at a convent in the town.

Carmen Gonzaga, a resident who witnessed the incident, told investigating authorities that the Adventure was speeding prior to hitting the police chief’s motorcycle.

The vehicle sped away following the impact but Gonzaga was able to get details of the vehicle allowing authorities to locate it.

According to Molina, Biliran was arrested by a police blocking force near a convent in Loay at past 12 a.m. on Friday.

Biliran admitted that he was under the influence of alcohol while he also failed a breathalyzer test.

He is now under Loay police custody pending the filing of charges against him.

Molina said that Biliran will be charged with reckless imprudence resulting to serious physical injuries and for violating Republic Act 10586, or the Anti-Drunk and Drugged Driving Act of 2013. (Allen Doydora)

A 64-year-old woman drowned while swimming at a public beach in Barangay Basdio, Guindulman town on Sunday afternoon. Senior Master…