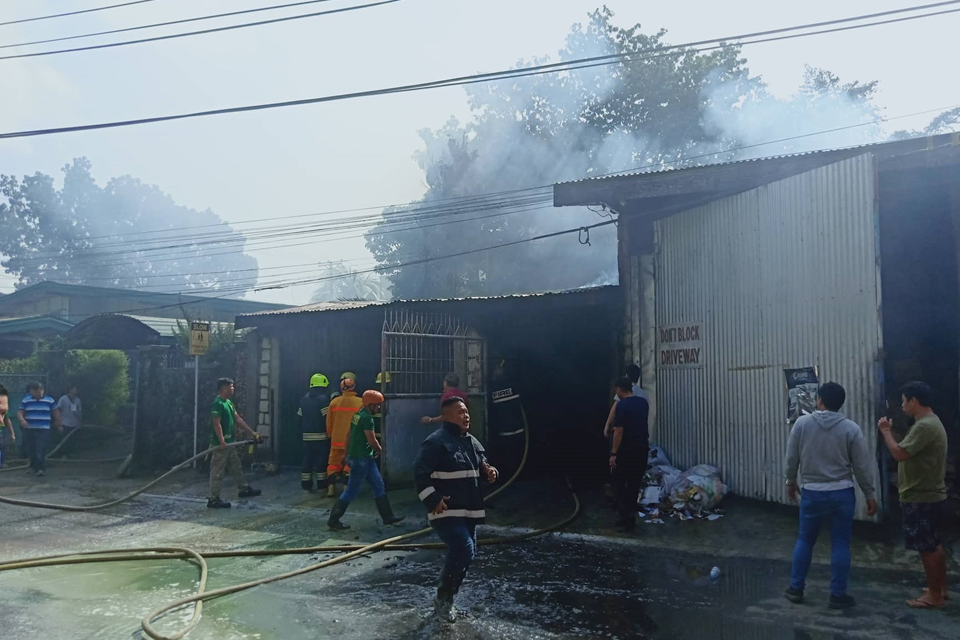 A fire broke out at a compound of an agri-vet, pest control and pharmacy warehouse in Tagbilaran City on Thursday morning, burning pesticides and fertilizers among other chemicals which were believed to have fueled the flames.

The fire was ignited by a malfunctioning generator before it spread to some of the supplies inside the warehouse of companies owned by businessman Fortunato Lim, said FO2 Dominic De Castro, fire investigator for the Tagbilaran City Fire Station (TCFS), based on their initial probe.

Authorities found pesticides, insecticides, herbicides, plant vitamins, bottled fertilizers and veterinary vitamins inside the warehouse which were believed to have caused the fire to emit more smoke.

Firefighters had to wear self-contained breathing apparatus to go inside the warehouse due to the odor emitted by the burning chemicals.

According to De Castro, the fire only affected around 100 square meters of the warehouse and its grounds as the flames did not spread to houses surrounding the property.

Fire Senior Inspector Lyn Macatangay, chief of the TCFS, said the blaze left P150,000 in structural damages but there were no reported casualties.

The fire station was alerted at 9:10 a.m. Firefighters arrived at the scene at 9:12 a.m. and declared the blaze under control at 9:40 a.m, Macatangay said.

Three fire trucks from the TCFS were deployed to the scene.

According to De Castro, the fire also partially damaged a bunkhouse for employees but none of them were injured.

De Castro said that there were five female employees inside the property when the fire erupted but they were all able to safely evacuate.

According to De Castro, further investigations were still being conducted while the total cost of the damage left by the fire will still have be computed by the property’s owner.