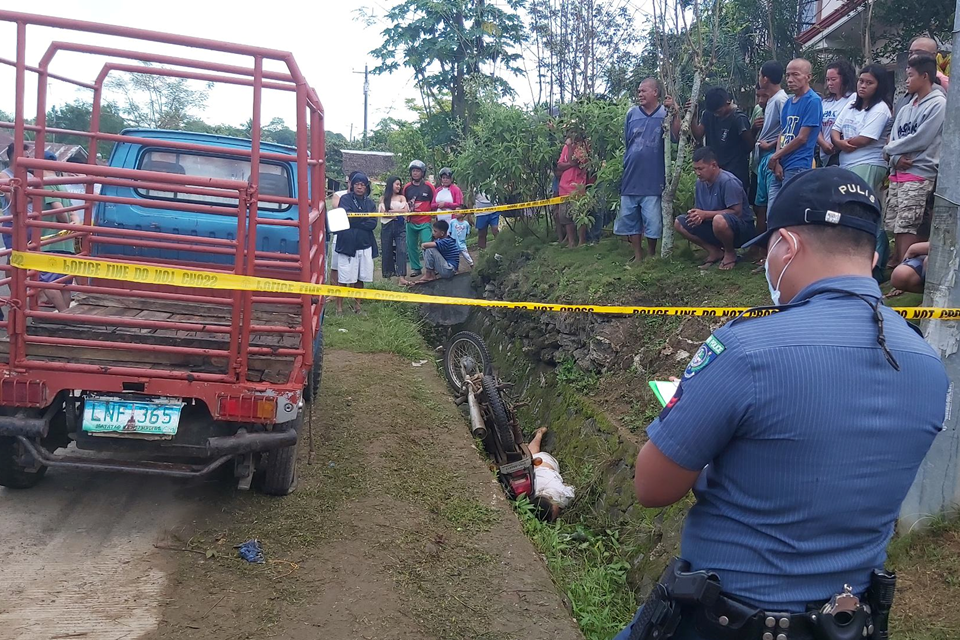 A man was found dead in a roadside canal after he figured in a road mishap along a national road in Ubay in the wee hours of Wednesday.

Ubay Police Station investigator Corporal Randy Tuyor said that the fatality, Roger Bernaldez, 39, of California, Ubay died on the spot after his motorcycle fell into a two-meter deep canal in Barangay San Pascual.

Prior to falling, Bernaldez suddenly swerved to his right side and hit a parked multicab, Tuyor added based on their probe.

Authorities believed that Bernaldez may have fallen asleep while driving causing him to crash along the straight road.

Bernaldez’s body was found at past 6 a.m. by residents in the area but he was believed to have figured in the road accident at past 4 a.m.

According to Tuyor, Bernaldez came from a drinking session in the nearby village of San Francisco where he was also asked to roast a pig. He was on his way home before he crashed.

Bernaldez’s companions tried to stop him from leaving but he insisted to go home.

According to Tuyor, Bernaldez died of severe injuries to the head including a skull fracture.

He was not wearing a helmet during the incident. (with C. Remolador)