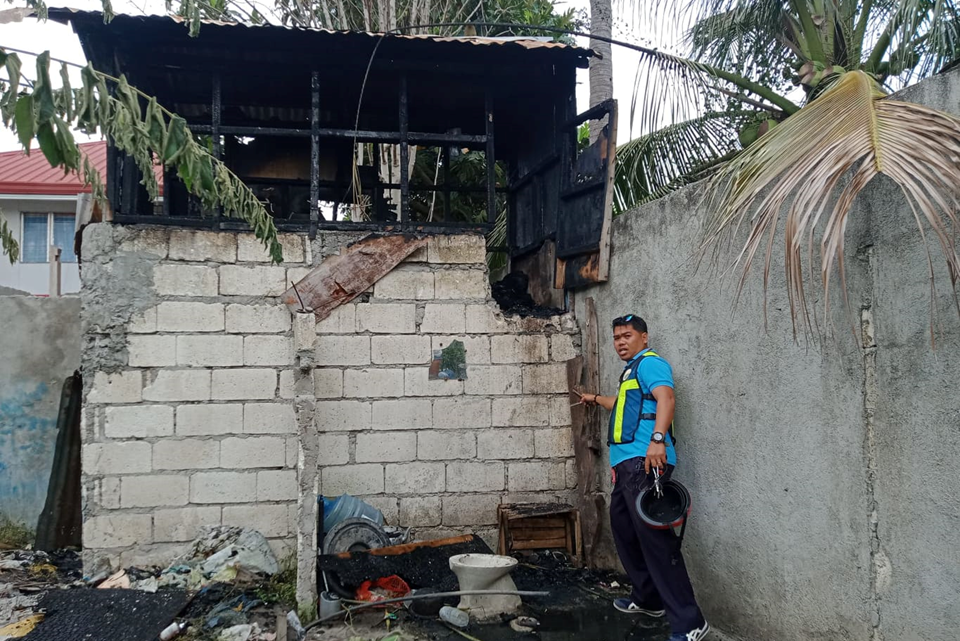 A fire which broke out inside a house in Tagbilaran City left two girls, aged five and seven, dead on Sunday night.

The two fatalities and their nine-year-old older sister were left alone inside the ill-fated house which was made of light materials when the fire erupted at past 9 p.m. near the Bohol Tropics Resort in Barangay Cogon, said FO3 Dennis Calonia of the Tagbilaran City Fire Station.

The older sister was able to jump out of the burning house, which was elevated by “two meters” and built on a concrete foundation, but the two others were left inside.

The fire was believed to have started due to an unattended candle inside the home which Calonia described as a “makeshift” house.

According to Calonia, the house was owned by one Marina Arayan, 25, mother of the three children.

The fire completely razed Arayan’s house but it did not hit other structures near the residence as neighbors using buckets of water and firefighters were able to put out the fire before it could spread.

The three girls were alone as Arayan, who is unemployed and a widow, was out during the fire.

Authorities have yet to determine where Arayan was when the fire broke out but she has been noted to always leave their house at night and frequent a nearby pension house.

The three girls usually stayed with Arayan’s parents but Arayan picked them up prior to the fire to stay at their home.

According to Calonia, the nine-year-old sister who was able to jump off from their house was uninjured.

Arayan is noted to have a live-in partner but he was also not at the house when the fire burned down.

Meanwhile authorities continued their probe on the incident.