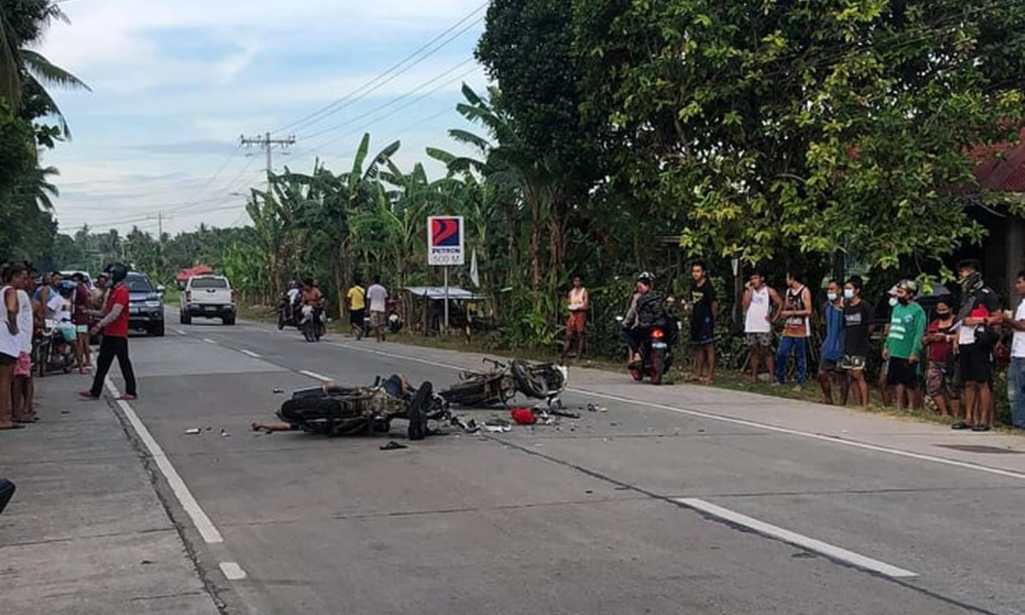 A man died while another was critically injured after two motorcycles collided head on along a national road in Calape town on Sunday afternoon.

Peligrimno Recamadas, a resident of Tinibgan, Maribojoc, who was driving one of the ill-fated motorcycles died on the spot, said Major John Yanggo of the Calape Police Station.

According to Yanggo, Recamadas swerved to the opposite lane causing him to slam straight into the motorcycle driven by Manolito Añasco, 47, of Inabanga town.

Meanwhile, Añasco was rushed to a hospital in Tagbilaran City for emergency medical treatment.

He sustained multiple severe injuries and was in critical condition.

Yanggo noted that both victims were not wearing helmets during the incident.

According to the police chief, many motorcyclists have been noted to not wear helmets along highways, particularly in remote areas.