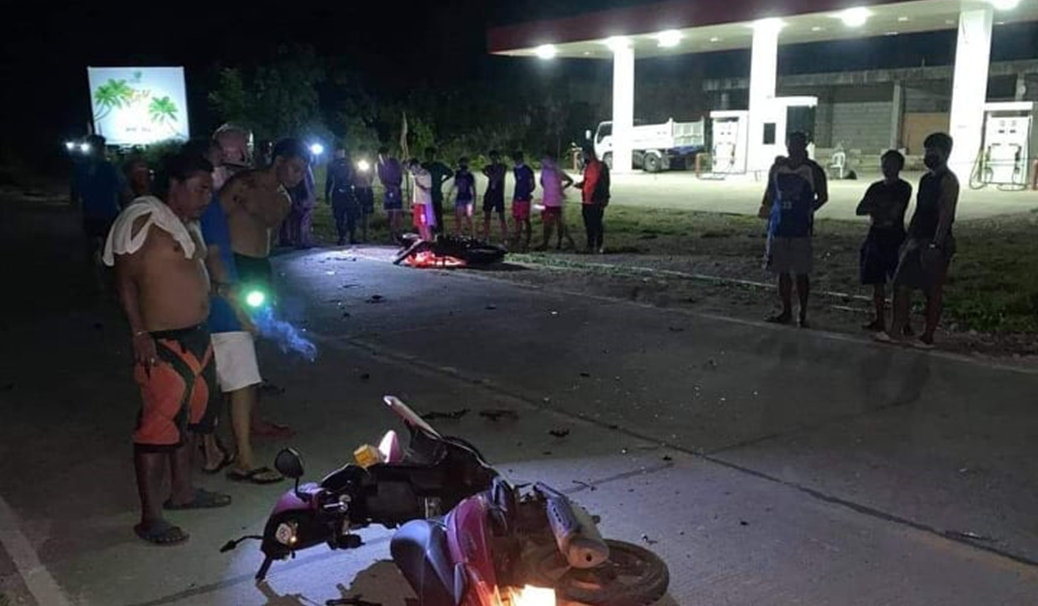 Two men died after the motorcycles they were driving collided head on along a national raod in Panglao town on Tuesday night.

Senior Master Sgt. Manuel Rabanal of the Panglao Police Station said the fatalities identified as Ramniel Dumayac and Arpel Rebusa were found sprawled on the road in Barangay Bolod at past 10 p.m.

He added that the motorcycles likely figured in a head-on collision based on the damages of both vehicles.

Based on the police’s probe, Dumayac swerved to the opposite lane leading to the head-on collision.

It was also noted that the incident happened in a well-lit but slightly curved road. (A. Doydora)